New reports suggest Covid originated in a Wuhan market, not a laboratory 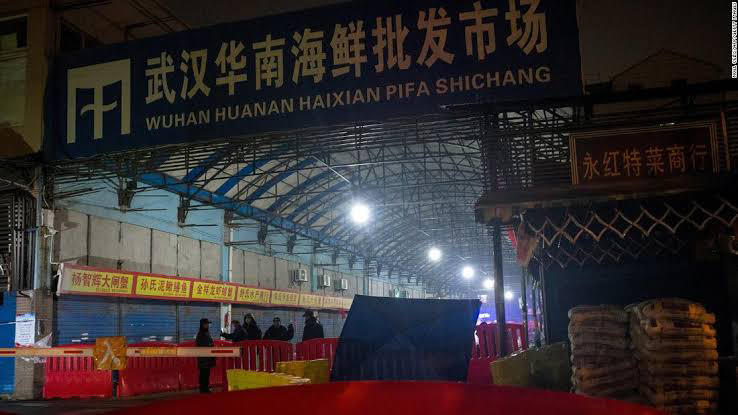 A live animal market in Wuhan, not a laboratory, was the original source of the Covid pandemic, according to two new studies.

Researchers analysed a string of data and concluded that coronavirus was present in mammals sold at China’s Huanan Seafood Wholesale Market in late 2019.

“When you look at all of the evidence together, it’s an extraordinarily clear picture that the pandemic started at the Huanan market,” said Michael Worobey, an evolutionary biologist at the University of Arizona who co-authored both studies, told The New York Times.

The researchers found no evidence to back the theory that Covid originated in a leak from the Wuhan Institute of Virology.

“It’s no longer something that makes sense to imagine that this started any other way,” he added.

The research found that the virus most likely transferred to people working or shopping in the market.

“The most probable explanation for the introduction of SARS-CoV-2 into humans involves zoonotic jumps from an as-yet-undetermined, intermediate host animal at the Huanan Seafood Wholesale Market,” stated one study.

Many of the first cases were linked to a section of the market where raccoon dogs were caged, providing evidence of a live-animal market origin, the study concludes.

One of the studies used spatial analysis to show that the earliest cases were centred on the market, while the second study states that the two major viral lineages resulted from two events in which the virus crossed over into humans.

Neither of the studies have been peer-reviewed or published in a professional journal.

“December 2019 Covid-19 cases were geographically distributed unexpectedly near to, and centered on, the Huanan market, irrespective of whether or not they worked at, had visited or were knowingly linked to someone who had visited this market in late 2019,” the study states.

More than 78.8m people have tested positive for Covid in the US during the two-year pandemic, and 946,000 people have died from the virus in that time.