New Google Feature Could Help You Make a Doctor’s Appointment 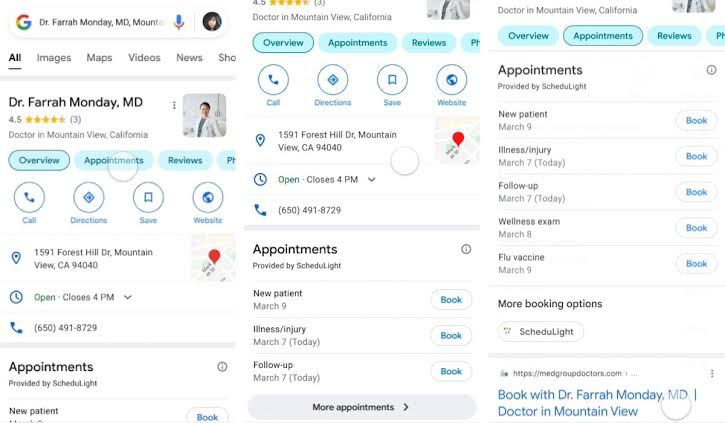 Google says it’s trying to make booking a doctor’s appointment a little easier with a new Search feature that’ll show appointment availability for select providers. It’s one of the developments the tech company unveiled at its second annual health event, The Check Up.

Though the new feature is still in its early stages, Google plans to roll it out soon across the US, if only for select providers at first. The company is working with CVS’ MinuteClinic and other scheduling providers, so when you go to book an appointment in the near future, you might be able to see open appointment times by way of a quick search.

Google also announced next steps for the Fitbit wearable, including pending clearance from the US Food and Drug Administration for its photoplethysmography algorithm, or PPG, which detects heart rate data directly through the wrist and may offer signs of an irregular heartbeat. Results of a Fitbit-initiated heart study led by a cardiologist at Massachusetts General Hospital were promising and showed that the algorithm identified undiagnosed atrial fibrillation, or AFib, 98% of the time.

There’s no timeline yet for when the PPG algorithm could get FDA clearance, which companies need to market their products as medical devices, or how the algorithm will roll out across the different Fitbit devices.

Google also announced new research into global AI initiatives. One piece is the tech giant’s partnership with Northwestern Medicine to research its ultrasound technology, which the company says may simplify prenatal ultrasounds and broaden the scope for which providers can conduct them.

And the company announced promising research results on how photos of eyes taken on smartphones can offer a window into cardiovascular health, including blood pressure and cholesterol. Google is expanding research on how photos of the eye can help in detecting other diseases, including diabetic retinopathy, which can cause blindness.