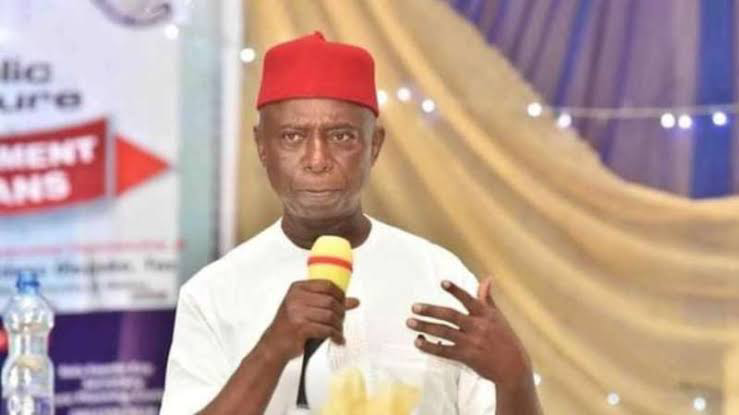 Ned Nwoko, Nigerian businessman, has secured the Peoples Democratic Party (PDP) ticket to contest a seat in the senate.

Nwoko won the PDP ticket to represent the party in the Delta north senatorial district election in the 2023 polls.

The seat is currently occupied by Peter Nwaoboshi, who Nwoko lost to in the 2019 primary of the PDP.

Nwaoboshi has, however, defected to the All Progressives Congress (APC).

Declaring Nwoko as the winner of the contest on Monday, Nosa Omagbon, chairman of the election committee, said the businessman got 242 votes to defeat Paul Osaji, his closest opponent, who secured 67 votes.

The returning officer said 310 delegates participated in the exercise, but one vote was void.

Nwoko was a member of the house of representatives between 1999 and 2003, representing Aniocha north/south and Oshimili north/south federal constituency.

Nwoko, who is the chairman of Prince Ned Nwoko Foundation, is known for his campaign for malaria eradication.

In 2020, he was said to have visited Antarctica to launch a malaria eradication project.

In January 2022, the businessman had asked the federal government to work towards setting up a malaria eradication agency.

The former lawmker had said the establishment of the agency will speed up Nigeria’s efforts to tackle the scourge of malaria, adding that his foundation is working closely with lawmakers on a bill to set up the agency

PREVIOUS POST I have a mandate to do things differently, Banky W says as he wins PDP House of Reps primaries
NEXT POST 56-yr-old actress, Eucharia Anunobi cries out, says she needs a man to marry her