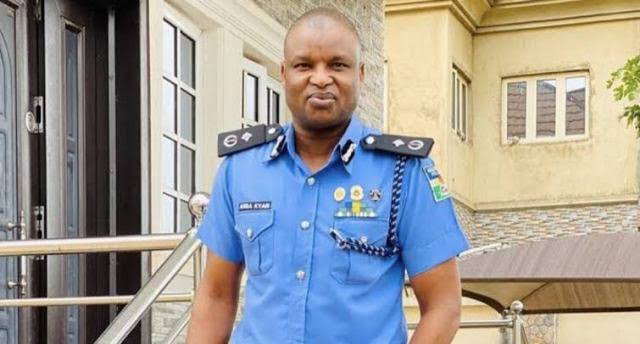 The Federal High Court sitting in Abuja, on Monday, declined to order the National Drug Law Enforcement Agency, NDLEA, to release the suspended Deputy Commissioner of Police, DCP, Abba Kyari, who is currently in its custody, on bail.

However, the court, in a ruling that was delivered by Justice Inyang Ekwo, fixed March 15 to hear the fundamental right enforcement suit the embattled DCP filed to query the legality of his arrest and continued detention.

Justice Ekwo held that Kyari’s application for bail was overtaken by events, noting that a sister court had already granted the NDLEA the permission to detain him for 14 days, pending the conclusion of its investigations.

He held that Kyari’s bail application could not be granted since the order for his further detention emanated from a court of coordinate jurisdiction.

Justice Ekwo said he would only hear the Applicant’s fundamental right suit after the expiration of his 14 days detention period.

The ruling came on a day the NDLEA sought the dismissal of Kyari’s suit for lacking in merit.

The agency denied claim that it violated the Applicant’s fundamental rights, insisting that he was arrested and detained over his alleged involvement in drug trafficking.

The agency equally dismissed Kyari’s claim that his health had deteriorated while he is in its custody.

It will be recalled that the court had last Thursday, directed the NDLEA to within 48 hours, respond to Kyari’s application to be released on bail on health grounds.

DCP Kyari, who hitherto headed the Police Intelligence Response Team, IRT, had in the suit marked FHC/ABJ/CS/182/22, told the court that he is suffering from “diabetes; high blood pressure and severe heart disease that may cause death”.

He told the court that prior to his arrest, he was receiving medical treatment on daily basis due to seriousness of the illness.

He said since February 12 when he was arrested and subsequently handed over to the NDLEA, he has not accessed any medical treatment.

“That failure of the Applicant to check his heart, high blood pressure will result in severe health problems or may even lead to heart failure and death. Medical report from National Hospital is hereby attached and marked as Exhibit A.

“That due to the Applicant being a diabetic patient and on medical diet, he does not eat outside his home and this is causing a very big hardship on the Applicant that is in NDLEA custody.

“That the health of the Applicant cannot be managed while in NDLEA custody due to the seriousness of his illness. That it is in the interest of justice that this Applicant be admitted to bail on health ground.

“That the Applicant will not jump bail if bail is granted him. That he had a reliable surety who is in court”, he added an affidavit that was attached in support of his ex-parte application for bail.

Meanwhile, aside from requesting for bail, the detained DCP is in his substantive suit, praying the court to order the Federal Government to pay him N500million and also tender written apology to him in two national dailies for the unlawful violation of his fundamental human rights.

He is further praying the court for, “a declaration that arrest and continued detention of the Applicant by the Agent of the Respondent without bringing him before a court of competent jurisdiction from 12th of February 2022 till date, is Illegal, unlawful and a gross violation of Applicant’s fundamental right to personal liberty and freedom of movement guaranteed by Section 35(1) of the I999 Constitution of Federal Republic of Nigeria (as amended) and Article 6 of the African Charter on human and Peoples Rights (Ratification and Enforcement) Act.

“A declaration that announcing the Applicant in the Press without giving him right to fair hearing nor establishing a prima-facie case against him is illegal, unlawful and an infringement on his fundamental right.

“A declaration that declaring the Applicant syndicate of the suspect without establishing a prima-facie case against the Applicant is unlawful and an infringement on his fundamental right”.

“A declaration that torture, degrading and in human treatment given to the Applicant by the Agent of the Respondent is illegal, unlawful and an infringement on the Applicant’s fundamental human right

“A declaration that refusal to grant administrative bail to Applicant on alleged bailable offence is unlawful and infringement on the Apphcant’s fundamental human right.

As well as, “an order of this Honourable Court restraining the Respondent’s agents, servants proxies, police or anyone acting on their behalf from further harassing, detaining, intimidating, arresting the Applicant unlawfully”.