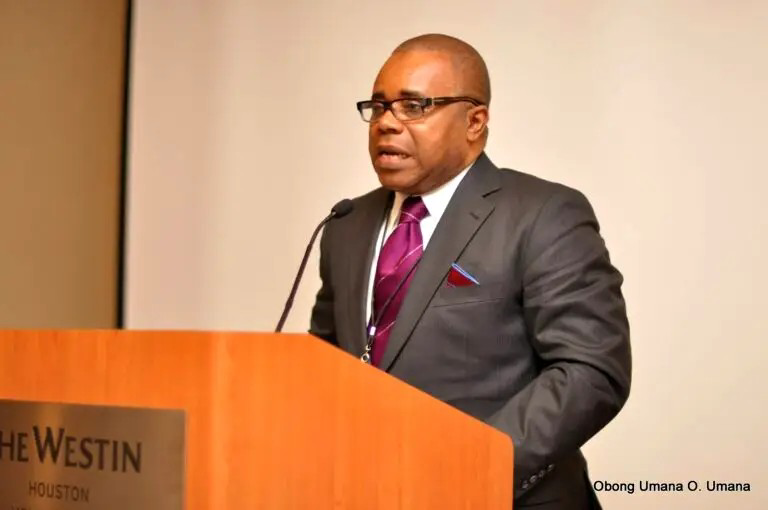 The Minister of Niger-Delta Affairs, Chief Umana Umana, has reiterated the Federal Government’s commitment to fighting corruption in the Niger-Delta Development Commission (NDDC) within the ambits of the law.

According to him, what would serve as torchlight in mitigating illegal practices identified by President Mohammadu Buhari while reading the Riot Act during the opening ceremony of the management retreat was the Procurement Act.

“We took notes of Mr. President’s keynote address, especially where he read the Riot Act about sharp practices and examples were cited, including the contrast between duplicating payments for multiple projects and multiple payments for the same project; lack of adherence to the procurement process etc..

We have taken note of that, and all of the staff in the ministry and the NDDC have committed to ensuring that the procurement act will be duly observed as we implement the programmes and projects in the ministry and in the Niger Delta Development Commission. We are determined to change the narrative moving forwards,” he said

The Minister also revealed that the government has also decided on the need to prioritise projects and ensure that meaningful and impactful one are completed for the benefit of our people.

He explained, “Rather than spreading resources thinly, we’ll be looking at the way we budget for projects to ensure that key meaningful projects, regional projects are accommodated in our budget process, moving forward.

“We are committed to ensuring that due process will be followed in the award of all contracts moving forwards and the procurement be strictly adhered to.”

Umana vowed to enhance collaboration between state governors, the NDDC, and other critical stakeholders to drive development through the monitoring and execution of regional projects.

While maintaining that the government was committed to meeting the yearnings of the people of the Niger Delta, the Minister assured that only meaningful projects would be accommodated in the Ministry’s budgets going forward.

According to him, the Ministry would now publish a compendium of all completed projects and circulated for scrutiny by all the critical stakeholders.