NDDC Board: Itsekiri drags FG to court over non-inclusion 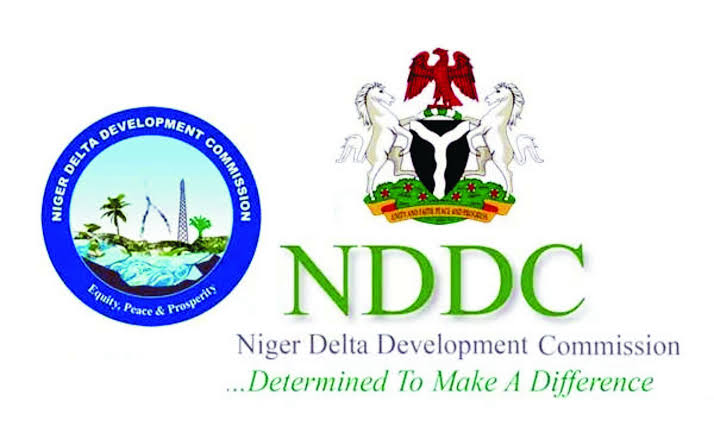 Some prominent Itsekiri sons have dragged President Muhammadu Buhari, the National Assembly, AGF and Lauretta Onochie to the Federal High Court in Warri over the composition of the proposed new Niger Delta Development Commission (NDDC) Board.

In a pre-action notice filed by Prince Emmanuel Okotie-Eboh, Comrade Amaechi Ogbonna, Prince Tsola Emiko Amoye and Prince Isaac Dorsu as intending claimants seeks the order of the Honorable Court to set aside the nomination of Lauretta Onochie the 8th proposed defendant by President Buhari, the proposed 1st defendant in the circumstances of the case and replace her with someone from any of the oil-bearing Itsekiri communities.

They further sort the order of the court to mandate president Buhari to invoke and apply the spirit and intent of the relevant statutes requiring the consideration of the quantum of contribution to be applied with regard to the nomination, screening and approval to fill the slot of the chairman or managing director on the board of the NDDC

They also want the court to restrain Buhari or his proxies from inaugurating the board with Onochie or any person who is not from an oil production community as stipulated by the NDDC Act.

They further sort an order of injunction restraining Onochie or her proxies from presenting themselves as a representative to fill the Delta state slot on the governing board of the NDDC even as they prayed the court to mandate the Attorney General of the Federation to ensure compliance with the spirit and intent of the relevant statutes as well as the overriding objectives of national unity, equity and harmonious co-existence and the principle of distributive justice, requiring that the consideration of quantum of production in the circumstances.

The pre-action notice was filed on their behalf by the Chambers of Jolone Ikomi, Esq and Robinson Ariyo & Co.