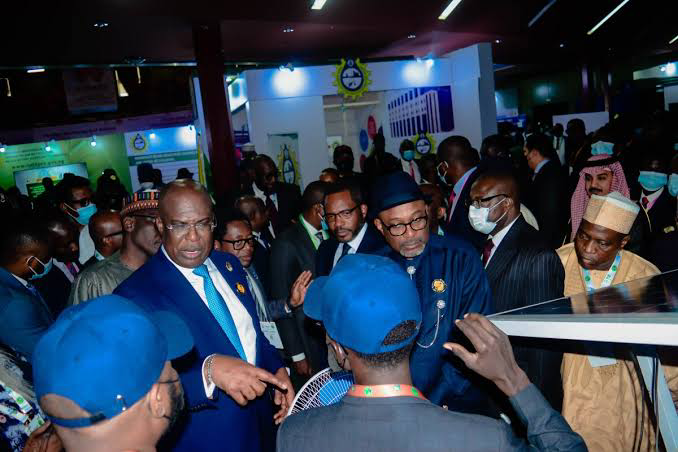 The Nigerian Content Development and Monitoring Board (NCDMB) has secured approval to work with select partners to produce Liquified Petroleum Gas (cooking gas) that would meet 10 percent of current nationwide demand.

The Executive Secretary of the NCDMB, Engr. Simbi Kesiye Wabote announced this while speaking at the 2022 Nigerian International Energy Summit (NIES), which ended in Abuja on Thursday.

He said the Board recently secured the approval of its Governing Council for a partnership to produce 123,000 metric tonnes per annum LPG, which is about 10 percent of current demand nationwide, from the Utorogu Gas Plant, in Warri, Delta State, to enhance local production of LPG and reduce import requirements.

The Board’s latest efforts are geared towards actualizing the Federal Government’s Decade of Gas Policy as well as the overarching Nigerian Content aspirations which are to deepen in-country capacities in the oil and gas industry, create jobs for the teeming youths and retain spending in the economy.

He explained that the Federal Government had introduced clear policies to make the nation become a gas-powered economy, one of which is the Decade of Gas that seeks to leverage on the country’s huge gas reserves to become not just a major exporter but to become a major gas consuming nation.

He also highlighted other Board’s investments and partnerships in the gas sector to include the creation of a 10 hectares gas hub in Polaku, Bayelsa State for hosting gas-based infrastructure and facilities, LPG jetties/terminals, storage facilities, inland transportation, cylinders manufacturing, bottling, and retail.

According to him, “Our partnerships in the gas sector have unlocked 6,000metric tonnes of LPG storage facilities, annual production of 1.2million LPG composite cylinders, and infrastructure and facilities for processing of 840MMscfd of gas across fourteen states of the federation namely Bayelsa, Delta, Edo, Lagos, Kano, Kaduna, Katsina, Bauchi, Nassarawa, Zamfara, Niger, Plateau, Gombe, Jigawa states and the Federal Capital, Abuja.”

Commenting on the recently passed Petroleum Industry Act (PIA), Engr. Wabote encouraged international and local operators in the industry to approve final investment decisions (FID) for new projects to justify the energies that went into enacting the business-friendly legislation.

He hinted that NCDMB was always eager for new projects to be approved for sustainable growth in the industry and expressed hope that some new projects would soon be announced on the back of the PIA 2021.

Contributing to the theme of the conference, which was on “Revitalising the Industry: Future Fuels and Energy Transition”, the NCDMB boss explained that various transitions from one form of energy to another have been driven by the availability and utilization of local resources.

He remarked that the past energy transitions did not witness the total jettisoning of the previous form of energy, forecasting that what would be experienced in this era would also be a re-adjustment of the energy mix.

He argued that the western world’s agenda for energy transition was motivated by the depletion of hydrocarbon reserves and forests in their locality, leading to their push for renewables and green energy to power their economies. He said that the United Kingdom and most European nations currently rely heavily on oil importation, and they consider this scenario a threat to their energy security, thus their push for the locally available form of energy to come into prominence in the mix.

He however insisted that forcing or nudging other nations to set timelines to reduce or abandon their locally available form of energy will be counter-productive and cause disruptions in global energy supply, hinting that it had already begun to demotivate new investments in oil and gas developments worldwide.

The Executive Secretary warned that the ongoing clamour for energy shift, energy swap, and energy transition by the western world is a pre-notice of the impending stoppage of production of equipment, technology, and consumables required to exploit and explore hydrocarbon resources.

To overcome this challenge, African nations must begin to develop or adapt technologies such as rigs, and other equipment that will enable the production and utilization of our hydrocarbons. “Homegrown technology and innovation are indispensable to ensure local resources are not discarded prematurely,” he said.

He insisted that a nation’s natural resources must remain on its energy mix as much as possible, adding that timely and full exploitation and utilization of natural resources are essential pre-requisites for the creation of employment opportunities and societal development.

He confirmed that Nigeria had developed a path for Research & Development in the oil and gas industry and NCDMB is paying attention to R&D through different platforms, including organising the Research & Development Fair event, launch of the $50 million R&D Fund for basic research, commercialization of inventions, establishment of R&D Centers of Excellence and endowments.