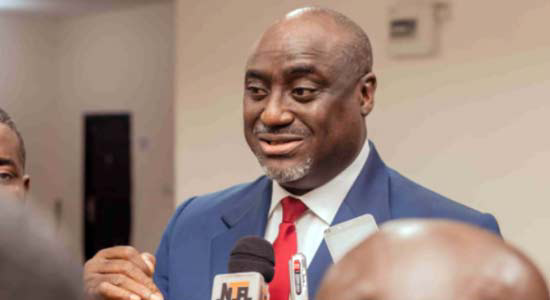 The President of the Nigerian Bar Association (NBA), Y. C. Maikyau SAN has constituted 4 committees of the NBA; Electoral Reform, Law Firm and Institutional Mentorship Committee, Employment Bureau, and Remuneration Committees, meant to bring to life the promises of the President to reform the NBA and prioritize the welfare of members.

In a statement by Akorede Habeeb Lawal, National Publicity Secretary, NBA made available to TheNigeriaLawyer, the Committees were constituted in fulfillment of the promise made by the NBA President, Yakubu Chonoko Maikyau SAN in his inaugural address where he promised to effectively reform the electoral process and prioritise the welfare and professional development of members of the Association.

The statement reads in full:

In fulfillment of the promise of the NBA President, Mr. Yakubu Chonoko Maikyau, SAN in his Inaugural Address to improve and effectively reform the NBA’s electoral process and to prioritize the welfare and professional development of members of the NBA, the President has constituted four committees comprising distinguished members of the legal profession. The Committees are:

1.      NBA Electoral Reform Committee – which has a mandate to drive effective and lasting reforms in the NBA electoral process and to eliminate the rigours and unsustainable practices that have come to define our electioneering campaigns;

2.     NBA Law Firm and Institutional Mentorship Committee – which is set up to design mentorship programmes that will aid the professional development of members of the profession, between 1 to 7 years post-call;

3.     NBA Employment Bureau (or the NBA Employment Committee) – this Committee is constituted to lead the charge in interfacing with governmental and private establishments for the purpose of securing job placements for our members; and

The names of members of these four committees and the committees’ terms of reference are attached to this notice. These appointments are subject to ratification by the National Executive Council (NEC), however, the Committees are expected to immediately commence work.

The Nigerian Bar Association thanks these distinguished members for accepting to serve on these Committees.

TERMS OF REFERENCE:
a. To interrogate the electoral practices in the Association;
b. Make recommendations for reforms;
c. Make proposals for a possible review of the Constitution in that regard;
d. Take any other step as may be necessary to achieve the objectives of the Committee.

The Committee is expected to submit its Findings and Recommendations within a period of 6 weeks from the date of inauguration.

TERMS OF REFERENCE:
a. Develop the general strategy for engagement and enlistment of interested law firms and legal departments;
b. Develop the scope, duration and cycles of the mentorship programme;
c. Set the criteria for participation (for law firms, law departments and interns);
d. Design the selection and pairing processes;
e. Design the program outline, which will include such details as the program expectations and deliverables, obligations of the firms to the mentees and vice versa, supervisory role of the NBA, allowances for the interns, etc.
f. Such other things as may be necessary to achieve the above terms.

The Committee is expected to submit its Findings and Recommendations within a period of 6 weeks from the date of inauguration.

TERMS OF REFERENCE:
a. Drive the implementation of the recommendations of the NBA Remuneration (White Paper) Committee as accepted by the National Executive Council in its meeting of 9th June 2022, held in Ilorin, Kwara State;
b. Make further recommendations for improvement of the earning capacity of lawyers in Nigeria;
c. Such other things as may be necessary to achieve the above objectives. The Committee is expected to submit its Findings and Recommendations within a period of 6 weeks from the date of inauguration.