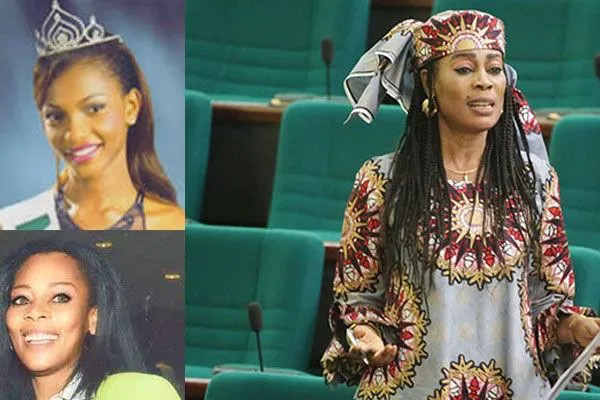 Ms Linda Ikpeazu, a lawmaker representing Nigeria at the ECOWAS Parliament, has said that the five Gender Equity Bills that were initially discarded by the Nigerian National Assembly will be reconsidered for action.

The News Agency of Nigeria reports that some Members of the ECOWAS Parliament had slammed the Nigerian National Assembly for throwing out the Gender Equity bills that were brought before the house.

Ikpeazu, while reading Nigeria’s Country report, said that despite the five gender bills that were thrown out, Nigeria remained resolute to enacting equitable laws that would address gender inequity.

She however, noted that more sensitization would be carried out for Members of the National Assembly to understand the bill better.

”It will be re-opend and hopefully passed into law.

“Nigeria’s commitment to implementation of ECOWAS Texts on Equality of Rights between Women and Men resonates in her ongoing constitution amendment.

“Five of the bills that were put to vote at the National Assembly were focused on gender equity- to promote more opportunities for women in governance and the society at large.

“35 per cent affirmative action for women in political party administration; and reserved quota for women in cabinet positions.

“Regrettably, all bills were rejected. Despite this set back, the Nigerian National Assembly remains resolute in her vision to enact equitable laws that will address gender imbalances in our socio-political environment.

“The leadership is working hard to make sure some of the bills will be re- presented to the house and be passed.

“We are lawmakers and we know that for bills to be passed, we need to do more sensitisation and engagements with our colleagues.

“We have learnt our lessons and with the support of the leadership, there will be a difference,” Ikpeazu said.

The Parliamentarians, who slammed Nigeria for discarding the gender bills, said they had expected more from Nigeria in setting the pace to meet the 35 per cent affirmation of women inclusion and gender equity.

Veronika Sessay, a Member of Parliament from Sierra Leone, said that Nigeria as the “Big brother” of Africa should set a pace for other countries to follow as they expected a positive outcome once the bills were reconsidered.

“We were expecting Nigeria to have done this so that we can follow. And let me tell you, Sierra Leone is on the way and I am sure that in our next reports, we will tell you that we have passed the gender bill.

“We were not happy when it was thrown away, so I am appealing to our big brothers, Nigeria, all we need is equality, development and peace, that is what is stated in our national song.

“The issue of the bills that were thrown out of the Nigerian National Assembly, I am surprised that these important bills were being thrown out and are coming again to be reviewed.

“I think these are bills that are important to look at the issues of gender in our various countries and the sub-region.

The News Agency of Nigeria reports that on March 1, the National Assembly rejected a constitutional bill seeking to create more inclusion of women in political and appointive positions and other gender equity issues