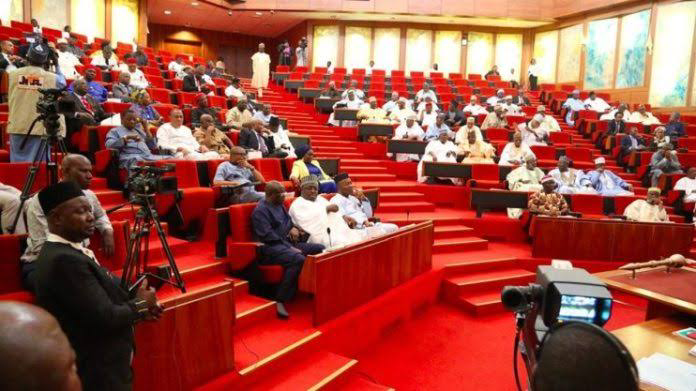 The National Assembly will through the required amendment of relevant provisions of the Finance Act, address the N11.03 trillion deficit proposed for the N19.76trillion 2023 budget.

Disclosing this in Abuja, the Chairman, Senate Committee on General Services, Senator Sani Musa (APC Niger East), explained that the nation’s budget has been in deficit and the only thing the lawmakers can do is to amend so many things in the Finance Act so that the nation can be able to generate more revenues from other sources.

Senator Musa further explained that the lawmakers will dwell on areas of making the various revenue generating agencies double or tripple targets earlier given them towards reducing the size of the proposed budget deficit.

He said: “The budget of this country, has been in deficit and the only thing we can do is to amend so many things in the Finance Act so that we can be able to generate more revenues from other sources rather than depending on oil alone and by extension, reduce the size of the proposed budget deficit.”

He said: “By now the temporary chambers should have been ready knowing that we are resuming. Initially, we are supposed to resume on the 20th of this month but there are some little things that need to be done before then.”

Commending the 9th Senate over the renovation, Senator Musa said, “you will recall that the 9th Senate has done very well, because this edifice since it was built, has never been rehabilitated, we are refurbishing it, bringing it back to standard like any other parliament you see around the world.

The FCT that is doing this Job, have been up and doing, but we need to push, they need to do more so that we will be able to resume as quickly as possible.”

The lawmaker, who noted that the renovation was long overdue, added that it was very necessary for making the National Assembly, particularly the Hallow Chambers, meet up with the global standards.

He said: “It is a great achievement for us that we are renovating the National Assembly complex that has been built over 20 years.

“This edifice is supposed to be managed and taken care of by the FCT because it is their property, but now we have taken it as a responsibility on us to make sure we renovate it.

I’m sure that by the time the renovation of the National Assembly chambers is completed, other African countries will come to see and make Nigeria as a case study and see how we have improved on parliamentary infrastructure.”

Recall that the Senate had earlier kicked against the proposed N11.03trillion deficit in the proposed N19.76trillion 2023 Budget when it met with the Minister of Finance, Budget and National Planning, Mrs Zainab Ahmed.