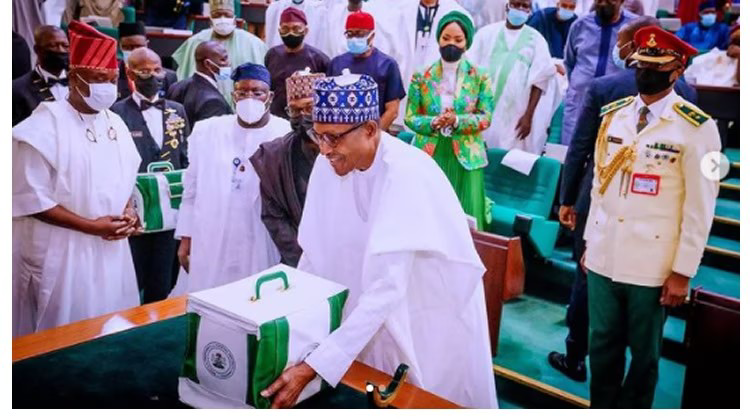 The Senate President, Senator Ahmad Lawan, has expressed uncertainty over the physical presence of the President, Major General Muhammadu Buhari (retd.), at the National Assembly complex for the presentation of the proposed N19.76 trillion 2023 budget to a joint session of both chambers next month due to ongoing renovation of the chambers of the Senate and House of Representatives.

Lawan made this known during the inspection of room 022 being put in shape as the temporary chamber for the Senate on resumption, Tuesday, next week, after its six weeks annual leave which started in July.

Lawan, while addressing journalists, said the National Assembly was expecting the President to present the 2023 budget hopefully in the first week of October, but the renovation work going on was creating the challenge of where to host the number one citizen.
Lawan said, “The Green Chamber of the House of Representatives normally used for such important events is also being renovated, calling for urgent action from the leadership of both chambers on resumption, on how to address the challenge. Although, it might not take place here. That will be one of the issues we would tackle once we resume.”

He disclosed that one of the urgent legislative assignments that would be carried out by the Senate on resumption next week would be the confirmation of Justice Olukayode Ariwoola as the substantive Chief Justice of Nigeria.

“First on our table is the request for confirmation of the acting CJN. The President has sent the request but it came a day before the Senate went on its annual summer recess. Therefore, this is going to be one of the first things we need to do to ensure that the acting capacity does not go beyond the prescribed three months.

The Senate would have confirmed his appointment before proceeding on recess in July but request to that effect was gotten from Mr President a day preceding the long recess.”

He said further that issues of national security which had improved and consideration of the 2023 – 2025 Medium Term Expenditure Framework and Fiscal Strategy Paper, would also be accorded legislative priority on resumption.

Lawan added, “Also, our economy is challenged and it is our focus to make sure that our economy works for all Nigerians regardless of their socio-economic status when the budget is passed. We are optimistic that we will be able to pass a budget that will provide for better lives for Nigerians.”

The Senate president further promised that the 2023 budget would help Nigerians live better lives while the security of Nigerians would not be left behind.