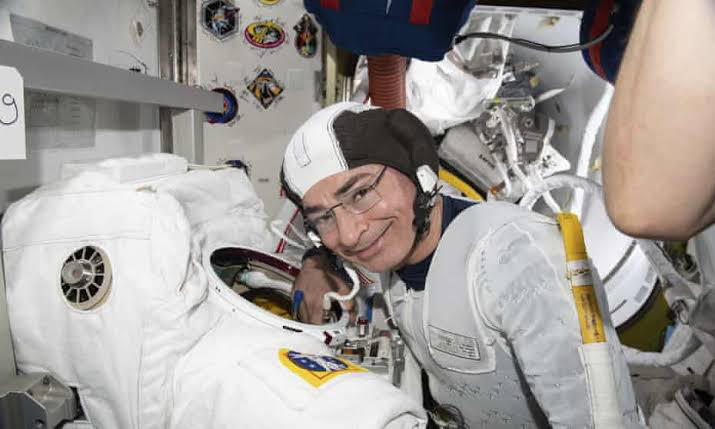 After a record-breaking 355 days spent in space, NASA astronaut Mark Vande Hei is back on Earth.

In a Russian Soyuz MS-19 spacecraft, Vande Hei and cosmonauts Anton Shkaplerov and Pyotr Dubrov undocked from the International Space Station at 3.21 a.m. ET Wednesday. They touched down after a parachute-assisted landing on the steppe of Kazakhstan at 7:28 a.m. ET.

The spacecraft experienced its deorbit burn at 6:34 a.m. ET Wednesday, which lasted over four minutes and helped slow the Soyuz down. Each step of the crew’s return was streamed live on NASA’s TV channel and website.

The Soyuz landed upright but ended up on its side due to winds pulling the parachute. Recovery teams assisted the crew in leaving the capsule. After landing, the Russian mission control center’s main screen shared the message, “Welcome back, Mark!” in both Russian and English. 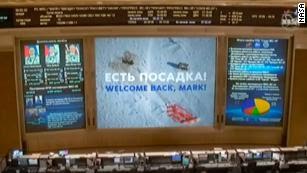 It was a highly anticipated return that has only drawn more attention due to mounting geopolitical tensions over the past month, and NASA has repeatedly reaffirmed that it continues to work closely with Russian space agency Roscosmos. 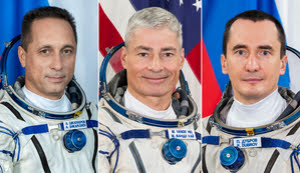 After a health check and a two-hour helicopter ride to the recovery staging city of Karaganda, Kazakhstan, Vande Hei will travel back to Houston aboard a Gulfstream jet, as other NASA astronauts have done before, and the cosmonauts will return to their training base in Star City, Russia. Vande Hei’s NASA plane will make a stop in Colonge, Germany, for refueling before heading home.

Vande Hei and Dubrov launched to the space station in April 2021, and together they have completed 5,680 orbits of Earth and traveled more than 150 million miles around our planet. Vande Hei has now broken the record for the longest single spaceflight by an American astronaut, which previously was set by Kelly at 340 days

The extended mission will allow researchers to study the effects of long-duration spaceflight on the human body, like the Twins Study that Kelly and his twin, Mark, participated in during Scott’s long duration. The insights gathered from extended missions can better prepare NASA to send astronauts to the moon and on to Mars, according to the agency.

“Mark’s mission is not only record-breaking, but also paving the way for future human explorers on the Moon, Mars, and beyond,” said NASA Administrator Bill Nelson in a statement. “Our astronauts make incredible sacrifices in the name of science, exploration, and cutting-edge technology development, not least among them time away from loved ones. NASA and the nation are proud to welcome Mark home and grateful for his incredible contributions throughout his year-long stay on the International Space Station.” 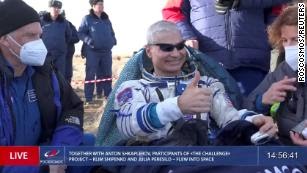 This was Vande Hei’s second spaceflight, so he has logged a total of 523 days in space. It was Dubrov’s first flight.

Shkaplerov handed over command of the International Space Station to NASA astronaut Tom Marshburn Tuesday morning. Before handing Marshburn a ceremonial “key” to the space station, signifying the change in command, Shkaplerov reflected on his time in space, including some of the situations the crew have faced. 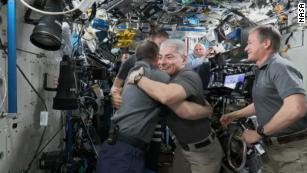 “It’s like some satellites tried to kill us,” he said, causing the assembled crew of 10 astronauts and cosmonauts to laugh. His comment was in reference to a Russian anti-satellite test that created debris in November.ESA plans to work more closely with NASA after Russia expulsion from Mars mission

He also reinforced the close-knit and familial nature of the space station crew, especially given current geopolitical tensions.

“People have problems on Earth,” he said. “On orbit, we are one crew, and I think ISS is like a symbol of the friendship, cooperation (and) our flexible future of exploration of space. Thank you very much, my crew members. You are like my space brothers and space sisters

Marshburn said it was an honor and privilege to accept command of the space station, “continuing the international partnership and that legacy in spaceflight.” Marshburn thanked Shkaplerov for being a “wonderful commander.”

When the Russian trio docked with the space station on March 15, they sparked speculation by donning bright yellow spacesuits trimmed with blue. It raised questions about whether the three were showing solidarity with Ukraine by wearing its national colors and rebuking their own government’s invasion. So far, no definitive answer has been given.ESA astronaut Matthias Maurer ends 1st spacewalk with water in his helmet

The space station won’t be home to a crew of seven for long. The private Axiom Space-1 mission, carrying former NASA astronaut Michael Lopez-Alegria and US crew members Larry Connor, Eytan Stibbe and Mark Pathy, is launching to the space station no earlier than April 6. The Axiom crew will return after 10 days.

No spacewalks are currently on the schedule during this time of heavy crew rotation. NASA continues to investigate a “more than normal” amount of water discovered inside Maurer’s helmet after his first spacewalk on March 23. A thin layer of water was found inside his helmet once he returned to the airlock nearly seven hours after beginning the spacewalk. The crew are trying to understand what caused this and determine how to fix it.

“The agency and our international partners are constantly identifying and mitigating risks of human spaceflight,” according to a NASA statement.