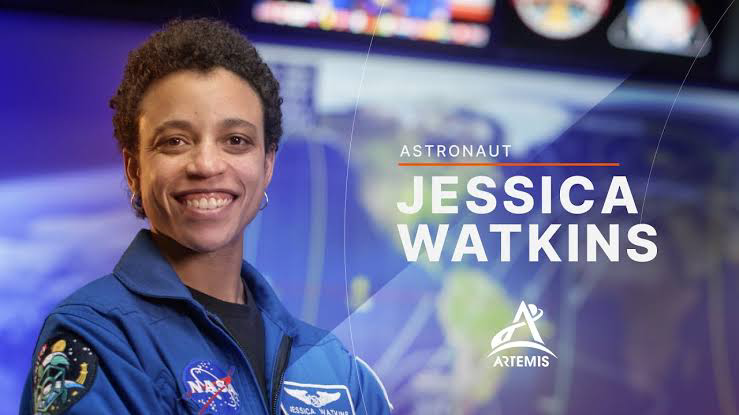 NASA astronaut Jessica Watkins is making history as the first Black woman to be on an International Space Station crew and she might even make it to the moon in the future.

Watkins launched to the station this morning (April 27) as part of SpaceX’s Crew-4 mission alongside NASA astronauts Kjell Lindgren, the mission’s commander, and Robert Hines as well as European Space Agency astronaut Samantha Cristoforetti. The crew lifted off this morning aboard the new SpaceX Dragon capsule Freedom and are on track to dock with the station around 8:15 p.m. EDT tonight (0015 GMT on April 28).

With this mission, which will see the crew spend about six months aboard the station. Watkins will be the first Black woman astronaut to be a part of a crew aboard the International Space Station. This might not be the last time she makes history, as Watkins is one of NASA’s Artemis astronauts who could fly to and land on the moon.

“I think it’s important to recognize this as a milestone for our agency and for our country, as well, to know that we are building on the foundation that was laid by the Black woman astronauts who’ve come before me,” Watkins told NPR’s Morning Edition earlier this year about flying with Crew-4. “I’m definitely honored to be a small part of that legacy, but ultimately be an equal member of the crew.”

There remain two Black women in NASA’s astronaut corps who have not yet flown to space: Yvonne Cagle and Jeanette Epps. Epps is currently scheduled to fly to space with Boeing’s Starliner capsule, the company’s parallel to SpaceX’s Dragon.

Following her historic mission aboard the space station, Watkins’ next stop could be the moon.

NASA’s Artemis program aims to return humans to the moon’s surface for the first time since the Apollo program’s last lunar landing in 1972. The first mission of this program, an uncrewed test flight called Artemis 1, is set to launch this year.