Nancy Pelosi, the first female speaker of the US House to step down after two decades 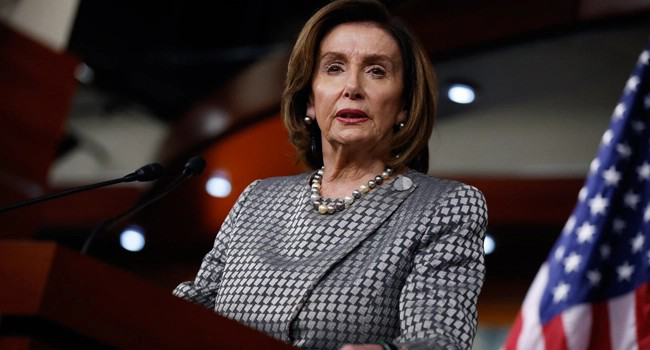 Democrat Nancy Pelosi, the trailblazing first female speaker of the US House of Representatives, said Thursday that she will step down as party leader when Republicans take control of the chamber in January.

“I will not seek reelection to Democratic leadership in the next Congress,” the 82-year-old Pelosi said in an emotional speech on the House floor. “The hour has come for a new generation to lead the Democratic caucus.”

Republicans secured a slim majority in the House in last week’s midterm elections while Democrats retained control of the Senate.

Pelosi’s departure as party leader will mark the end of an era in Washington.

Elected to Congress in 1987, she first became speaker in 2007. Known for keeping a tight grip on party ranks, she presided over both impeachments of Donald Trump during her second stint in the role.

Currently second in the line of succession to President Joe Biden, Pelosi said last week that her decision on the future would be influenced by the brutal attack on her elderly husband in the runup to the November 8 midterms.

Paul Pelosi, who is also 82, was left hospitalized with serious injuries after an intruder — possibly looking for the speaker — broke into their San Francisco home and attacked him with a hammer.

Pelosi said she would continue to represent her San Francisco district in the next Congress and praised Democrats’ better-than-expected performance in the midterm contest.

“Last week, the American people spoke and their voices were raised in defense of liberty, of the rule of law and of democracy itself,” she said. “The people stood in the breach and repelled the assault on democracy.”

In a statement earlier in the week, she said “House Democrats will continue to play a leading role in supporting President Biden’s agenda — with strong leverage over a scant Republican majority.”

McCarthy, who has his eye on the speaker’s gavel, said for his part that “Americans are ready for a new direction, and House Republicans are ready to deliver.”

And House Republicans immediately signaled they would wield their new power to make Biden’s life more difficult — convening a press conference to announce plans to investigate the “national security” implications of the president’s family business connections.

With inflation surging and Biden’s popularity ratings cratering, Republicans had hoped to see a “red wave” wash over America, giving them control of both houses and hence an effective block over most of Biden’s legislative plans.

But instead, Democratic voters — galvanized by the Supreme Court’s overturning of abortion rights and wary of Trump-endorsed candidates who openly rejected the result of the 2020 presidential election — turned out in force.

And Republicans lost ground with candidates rejected by moderate voters as too extreme.

The Senate oversees the confirmation of federal judges and cabinet members, and having the 100-seat body in his corner will be a major boon for Biden.

McCarthy won the Republican Party’s leadership vote by secret ballot on Tuesday, putting him in prime position to be the next speaker.

But potential far-right defections could yet complicate the 57-year-old’s path when the House’s 435 newly elected members — Democrats and Republicans — choose their new speaker in January.