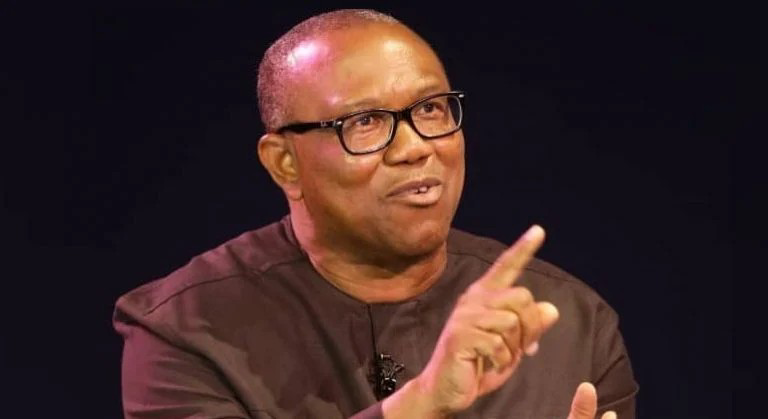 The presidential candidate of the Labour Party, Peter Obi, has urged the Federal Government to publicly name oil thieves and financiers of terrorism in the country.

The former Anambra State governor added that this disclosure had to be made in the national interest and the government should give no room to sacred cows.

Obi made this call on Wednesday on his Twitter page, noting that he was intrigued by highly-placed Nigerians linked to these crimes.

He wrote, “I am struck and intrigued by the news report linking ‘highly-placed’ Nigerians to oil theft. The same has been the case with financing insurgency and Boko Haram. When will FGN summon the political will to publicly name such persons?

“In the national interest, there should be no sacred cows.”

The FG, through the Minister of Information and Culture, Lai Mohammed, disclosed that the Nigerian Financial Intelligence Unit uncovered 96 financiers of terrorism.

However, Mohammed did not give the names of the sponsors and companies linked with terrorism.

He had said, “For its part, the analysis by the Nigerian Financial Intelligence Unit, in 2020-2021, revealed 96 financiers of terrorism in Nigeria, 424 associates/supporters of the financiers, involvement of about 123 companies and 33 Bureaux de Change, in addition to identifying 26 suspected bandits/kidnappers and seven co-conspirators. The analysis has resulted in the arrest of 45 suspects who will soon face prosecution and seizure of assets.”

In another report, the Nigeria Security and Civil Defence Corps expressed worries over the rising cases of oil theft and illegal bunkering which had adversely resulted in revenue loss for the FG.