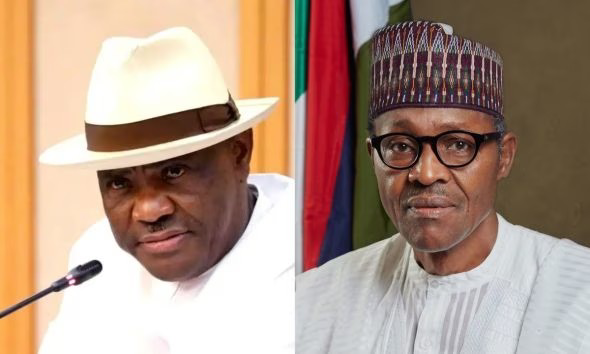 The President had at an event on Thursday alleged that some state governors divert allocation to local governments councils sent from the federation account.

He also accused the Governors of making the council bosses sign undertakings for money not received and agreeing to have received the full allocation.

But on Friday, at the commissioning of a project in Port Harcourt, Gov. Wike claimed that he has never touched monies meant for the local government since he came on board in 2015.

The governor also claimed that none of the G5 governors in the Peoples Democratic Party has ever touched local government allocations.

He then challenged the President to name the governors who tamper with local government allocations.

Wike said ” I challenge Mr. President, you must come out and tell Nigerians those committing this offence.

“So Mr President, tell us who are those people? You know them, tell us.

“I’m not one of those governors. Mr President tells Nigerians that the Integrity Governors are not part of them.

“Do us a favour to announce all those states that are taking local government funds”.