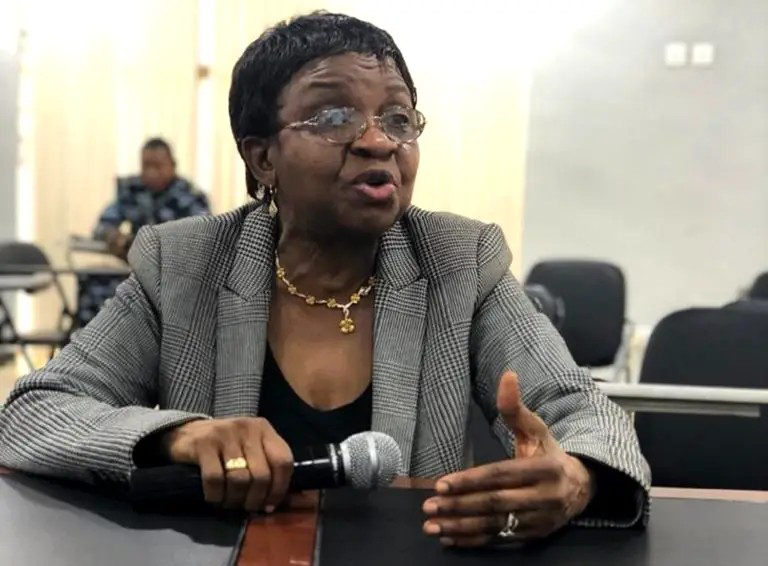 The National Agency for Food and Drug Administration and Control, NAFDAC, has hinted that it would soon start manufacturing vaccines in the country thus limiting the country’s dependency on foreign-produced vaccines.

The agency said this followed its elevation by the global health body to a Maturity Level 3 status.

With the development, NAFDAC Director-General, Prof. Mojisola Adeyeye, who disclosed these at a news conference, Wednesday, in Abuja, said Nigeria’s made products would be trading globally.

The elevation of NAFDAC, Prof. Adeyeye explained, showed that the agency had raised its standards in not just administration and marketing but also in post-marketing, production registration and many others

Adeyeye said the development equally indicated that NAFDAC had raised its bar in clinical trials, guidelines and procedures, regulatory inspection, laboratory listings, market control, and other regulators, among others.

She attributed the success of her agency to the dedication and commitment of staff to improving the standard.

Açcording to her, the road to success began a few weeks after she assumed duty in 2018, following her appointment by President Muhammadu Buhari to take over the affairs of the agency as director-general.

She said, “We started this journey in January 2018, five weeks after my resumption as NAFDAC Director-General. It was a torturous, tasking and highly demanding journey, but I went through it with the support of my Directors, governing council and other staff who made different kinds of sacrifices towards the realisation of the goal.”

She explained that, “When we started, WHO listed 868 recommendations which we must meet before we get to maturity level three status. Initially, it sounded impossible, but my Directors stood by me all the way, in addition to many others who did all forms of sacrifices to ensure we achieve the feat.”

She spoke further: “In June 2019, WHO officials visited NAFDAC headquarters in Abuja to commence the benchmarking process. Out of the 868 recommendations they listed, we were able to meet over 600 of them and were left with 147 items which were the most difficult ones at that time.

“We started working at it. We organised town hall meetings and retreats for everyone involved along the chain. We made sure that NAFDAC is on the quality system, and that helped us greatly to achieve the feat. In 2020, the COVID-19 pandemic came and interrupted our programmes. It took a year out of our scheduled time.

“We met all the recommendations in October, 2021. In February 2022, WHO officials returned for final inspection and were glad that all items we submitted and claimed to have were intact.

“That was when they told us that we are successful and had met the criteria for maturity level three regulatory agency status. But they asked us not to announce it until we see the letter conveying the message. The much-awaited letter came around 1 am on Wednesday.”

Noting that, “NAFDAC is the third in Africa and one of the very few in the world to attend the WHO Maturity Level 3 regulatory agency status”, she expressed optimism that very soon, the agency would get Maturity Level 4 status.

This, she said, would afford the country’s pharmaceutical industry an avenue to thrive.

“We are building the vaccine laboratory in Oshodi, Lagos, which will be ready by the middle of the year or early third quarter. This success was because of the support we got from the government,” she further said.

She explained that:” We started this journey in January 2018, about five weeks after my resumption and the journey was very tasking.

“They told us that we need to meet 868 recommendations before we can get to Maturity Level 3. It sounded impossible but my directors stood by me all the way. And there is a group of young people in NAFDAC, we call them Global Benchmarking Team, that have sacrificed a lot. They are the ones that were marking whichever recommendations we have met.

“In June 2019, WHO came to NAFDAC physically to start the benchmarking process and out of the 868 recommendations, we were able to meet over 600 and we had 147 left in June 2019. But those 147 that were left were the most difficult. We started working at it with town hall meetings and retreats with training, because it is all about training.

“As I said, it was the most difficult and COVID-19 came and took about a year out of our timeline because, during that year, we had to do what we never did before. We had to develop ourselves, train ourselves on how to monitor vaccines, actually how to write guidance and we wrote the first preparedness guidance for COVID-19 vaccines.

“So, once we got over the fever of the pandemic, we started settling down towards the end of 2020. And we picked up from where we stopped, started looking at the 147 recommendations.

“In July 2021, WHO met us virtually and we were able to reduce the 147 to 33. The 33 were the most difficult, they included our regulations. We have regulations of course, but until they are gazetted, they are not official yet as far as WHO is concerned.

“With the 33 left, they came back in October 202, and by that time, we had cleared all the recommendations