My voice was the loudest in 2015 against the inherent dangers of a Buhari’s Presidency. No one listened – Former governor, Ayo Fayose, says he has been vindicated 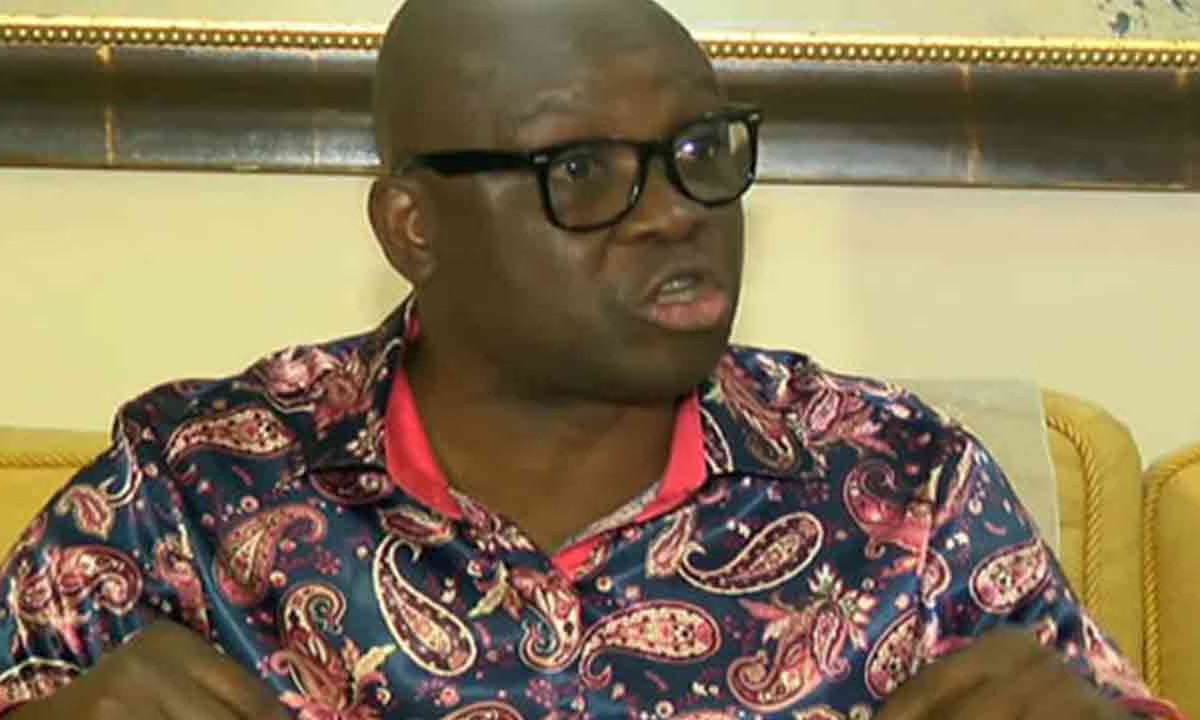 A former Governor of Ekiti State, Ayodele Fayose, has again mocked Nigerians over the insecurity that has spread around the country, especially the North-West region.

Within the last 72 hours, there have been several attacks in Kaduna and its neighbouring states.

Recall that gunmen bombed the Abuja-Kaduna train between Katari and Rigina axis on Monday night leaving hundreds of passengers dead in the attack.

Many passengers were said to have been initially kidnapped including Zamfara state former deputy Governor, Mallam Ibrahim Wakkala Liman, during the deadly attack.

The terrorists shot many passengers dead as unascertained number of the passengers also sustained various degrees of injury as a result of gun shots.

On Thursday, a resident in the community, Alhaji Shehu Usman, said of a sudden, he heard sporadic shooting and had to lie down in the mosque where he went to pray.

According to him, the bandits who came around 9.00pm, were shooting indiscriminately to scare people away.

This is the second time bandits would invade Kofar Gayan low-cost and abduct people.

There are also reports of terrorists attack.on Wednesday at the Kubwa axis of Abuja.

Former governor of Ekiti state, Ayo Fayose, says he is being vindicated daily after he was attacked in 2015 when he spoke against the emergence of the Buhari-led administration.

”My voice was the loudest in 2015 against the inherent dangers of a Buhari’s Presidency. No one listened. Rather, I was attacked and insulted. Today, “Water dan pass Gari” as I am daily vindicated.

Buhari’s sponsors and those who insulted me then should enjoy this while it lasts. Hopefully, we have all learnt our lessons about this FAKE CHANGE.”

PREVIOUS POST Putin tells Europe: Pay in roubles or we’ll cut off your gas
NEXT POST The Academy reportedly lied about asking Will Smith to leave the Oscars