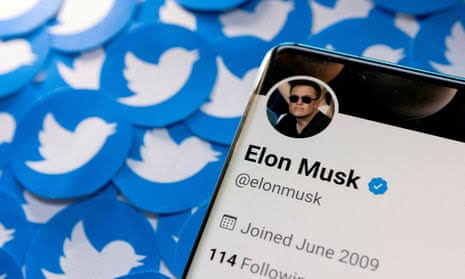 New Twitter owner Elon Musk said Wednesday that it will be “a few more weeks” before any banned accounts — such as that of former US president Donald Trump — may be restored on the platform.

Twitter users have been watching closely to see whether Musk will reinstate Trump, banned for inciting last year’s attack on the Capitol by a mob seeking to overturn the results of the 2020 election, and other de-platformed users.

The potential reinstatement of such accounts banned for violating the site’s content moderation rules has been seen as a bellwether of where Musk, a self-described “free speech absolutist,” wants to take the site he describes as a global town square.

But on Wednesday the South African billionaire said the wait will have to continue a little longer.

“Twitter will not allow anyone who was de-platformed for violating Twitter rules back on the platform until we have a clear process for doing so, which will take at least a few more weeks,” he tweeted.

That means after the crucial November 8 midterm elections in the United States, which will determine control of Congress. Trump, once a prolific tweeter, retains a powerful hold on his Republican Party and has reopened his 2020 playbook by questioning the integrity of the upcoming election.

Since Musk took Twitter private last week, Trump has suggested he would be happier sticking with his own Truth Social messaging platform.

But the former president’s network has financial issues and many political strategists believe he would find it hard to resist the mass audience and influence offered by a return to Twitter, where he was once one of the site’s biggest global draws.

The announcement comes only days after the world’s wealthiest man took sole control of the social media giant in a contentious $44 billion deal, vowing to dial back content moderation.

Musk was tweeting in response to a post from the company’s head of safety, Yoel Roth, on Twitter’s efforts to combat disinformation ahead of the elections.

“We’re staying vigilant against attempts to manipulate conversations about the 2022 US midterms,” Roth said.

Musk also said he had talked to civil society leaders “about how Twitter will continue to combat hate & harassment & enforce its election integrity policies.”

On Tuesday, Musk said the site will charge $8 per month to verify users’ accounts

PREVIOUS POST Canada Unveils Plan To Receive 1.45m Nigerian Migrants, Others By 2025
NEXT POST Dangote Refinery to account for over half of Africa’s medium-term refining additions – OPEC