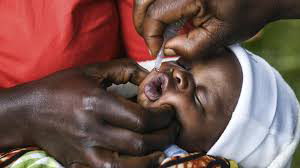 Mozambican health authorities started Thursday a vaccination campaign against polio in the country’s northern and central provinces, covering all children under five years of age.

The campaign, led by the United Nations Children’s Fund, was considered as a response to the recent outbreaks in which one case of wild poliovirus was detected in the neighboring country Malawi and two cases of vaccine-derived poliovirus were identified in the provinces of Nampula and Cabo Delgado, according to some local media reports.

The campaign will be organized in four rounds, through door-to-door visits, fixed posts, and administration in places with high population concentration, said the Minister of Health Armindo Tiago while addressing the official launch in Sofala province.

“The identification of the wild form of the poliovirus is a concern and because it is a public health emergency that requires a coordinated response among all countries in the region. Rapid vaccination of all children under five is the most effective public health measure and aims to cut or block the possibility of transmission of the virus,” said Tiago.

In Mozambique, which has already been declared by the World Health Organizations as being free of polio, there are official records of 11 cases of the disease since 2011 in three provinces in the north of the country.

The action is the result of ongoing surveillance globally against this and many other diseases, said Tiago, urging all parents to get their children vaccinated to protect them from the poliovirus