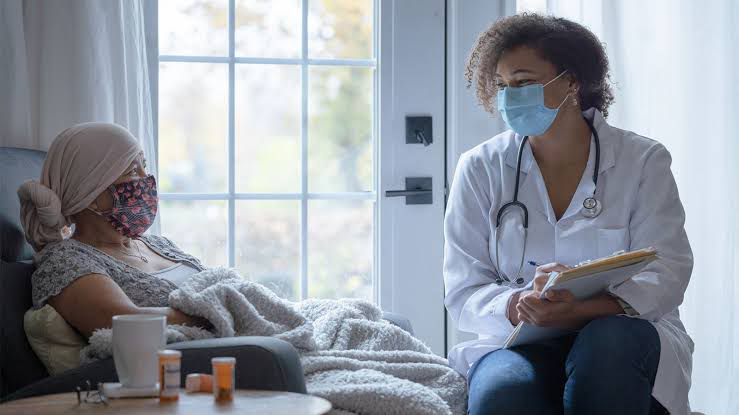 Cancer patients who have compromised immune systems due to their disease or therapy remain at high risk for COVID-19 infection. It is why this population was one of the first to receive the COVID-19 vaccine. However, while clinical trials showed vaccination could prevent infection or lessen the risk of severe illness in healthy individuals, it was unclear if those considered immunocompromised would have a similar response. Moffitt Cancer Center researchers quickly put together one of the largest observational studies to date to answer that question. Their results were published today in JAMA Oncology.

The study, led by Drs. Anna R. Giuliano, Shari Pilon-Thomas and Jeffrey E. Lancet, followed 515 patients with varying cancers. The goal was to evaluate if patients had an immune response to the Moderna mRNA-1273 vaccine and if that response differed by diagnosis and treatment.

Patients provided blood samples before their first and second doses of the vaccine and again one month later. Each sample was tested for COVID-19 antibodies. For comparison, antibody levels were measured for 18 healthy adults receiving the mRNA-1273 vaccine.

The results showed that most cancer patients had seroconverted, meaning they developed antibodies after receiving the vaccine. Overall, 71.3% of patients seroconverted after the first dose, 90.3% after the second. There were, however, differences among cancer types. Patients with blood cancers had lower seroconversion rates when compared to those with solid tumors, 84.7% versus 98.1%.

Although we did see higher seroconversion rates among solid tumor patients, it is important to point out the antibody titers were lower than seen in healthy adults. Unfortunately, we don’t know how much antibody a person needs to provide full protection against the virus.”Dr. Anna R. Giuliano, founding director of the Center for Immunization and Infection Research in Cancer at Moffitt

Blood cancer patients with lymphoid disease, such as chronic lymphocytic leukemia and B-cell non-Hodgkin lymphoma, had the lowest seroconversion rates. And patients with those diseases who were on active treatment fared even worse.

“This finding was to be expected. Lymphoid disease affects B cells, which your immune system needs to make antibodies. If a patient’s B cells are suppressed, either through the disease process itself or treatment, chances are low they would be able to make antibodies,” said Lancet, chair of the Malignant Hematology Department at Moffitt.

Lancet said certain treatments also had an impact on seroconversion. Patients who received anti-CD20 antibodies within six months of vaccination had no immune response. And those treated with BTK inhibitors, Venetoclax and CD19 targeted CAR T-cell therapy had the lowest seroconversion rates.

The researchers are continuing to follow study participants, taking blood samples at six, 12 and 24 months. The team has also launched a companion study evaluating immune response in cancer patients following a third dose of the mRNA-1273 vaccine.