Military under pressure to compromise election but we remain neutral 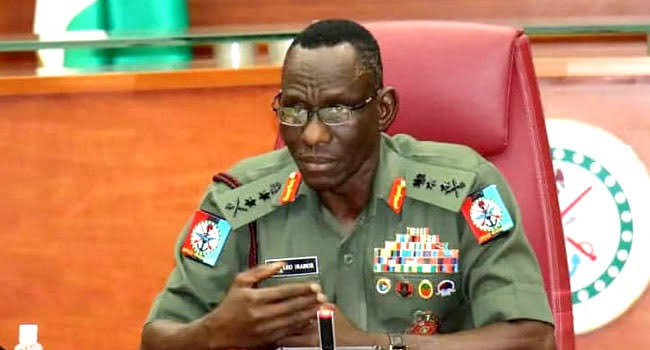 The Chief of Defence Staff (CDS), General Lucky Irabor, has affirmed that security agencies are always under pressure to compromise elections but has called on Nigerians to put their trust in them as they remain totally committed to maintaining neutrality.

Appearing on the Ministerial Media Briefing organized by the Presidential Communications Team at the Presidential Villa, Abuja on Thursday, he said security personnel come under pressure through inducements, noting that necessary measures are being put in place to ensure that they obey President Muhammadu Buhari’s directive to maintain Neutrality.

He said personnel are being trained to be more professional while rules of engagement before, during and after the elections have been codified and distributed to them.

He spoke of the key achievements of the military in the effort to keep the country safe including more recruitment into all branches of the security services, routing of insurgency and banditry as well as the action to curtail oil theft leading to increase in crude oil production.

He also said that over 300,000 people have been freed from the hands of abductors since 2014 while refugees who fled the northeast due to insurgency have started to return.

The Defense boss also said that former insurgents now being trained will graduate in February next year before their reintegration into the society.