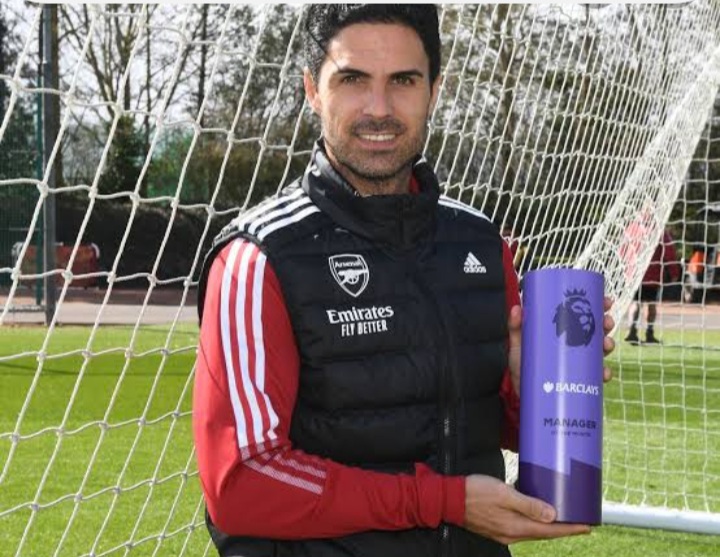 Arsenal boss Mikel Arteta has been named the Premier League Manager of the Month for March after a hugely impressive few weeks at the helm. The Spaniard has the Gunners challenging for a place in the Champions League next season, hopes that have been hugely bolstered following an impressive March.

Beginning the month with an entertaining victory against Watford, Arteta ’s men built on that with wins against Leicester City and Aston Villa before the international break. The only blot on their copy book this month was the 2-0 defeat to Liverpool at the Emirates Stadium.

Despite that though, Arteta has still done enough to claim the award having fought off tough competition from the likes of Antonio Conte, Thomas Tuchel, Jurgen Klopp and Brendan Rodgers. In all, it is the second time that the Spaniard has claimed the award since he took over from Unai Emery back in 2019.

It is also the second time that he has been named the manager of the month this season having also claimed the gong in September – the Gunners winning all of their games throughout that particular month. Now a two-time winner in the same campaign, Arteta has managed to match the achievements of Arsene Wenger.

The Frenchman was the last Arsenal manager to claim the Premier League manager of the month award on two occasions in the same season – that happening during the 2007/08 campaign. Despite Arteta having managed to do the same, he still has some way to go to reach the amount of awards that Wenger claimed in north London.

Throughout his successful career with the Gunners, the Frenchman won the award on 15 occasions – claiming multiple awards in the same season on three occasions.