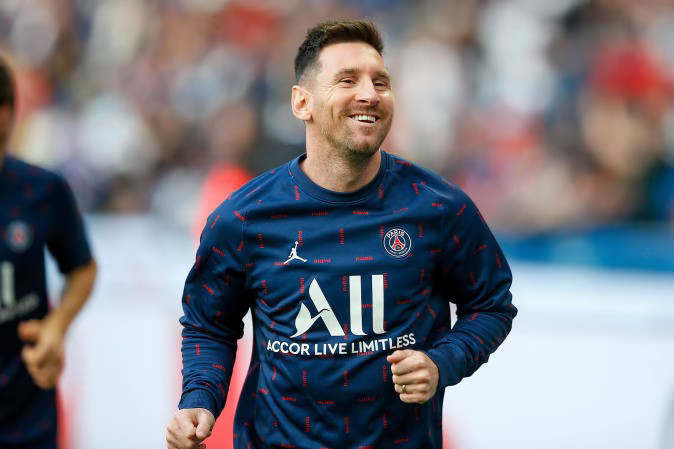 Three of the world’s four highest-paid athletes over the past year were soccer players, according to Forbes’ 2022 list.

Lionel Messi topped the list released on Wednesday with a reported income of $130 million, while Cristiano Ronaldo was third on $115m, ahead of Neymar with on $95m.

Almost 58% of Messi’s income between May 2021 and May 2022 was categorized as “on-field” by Forbes, meaning it came from “prize money, salaries and bonuses”.

Lionel Messi may have taken a pay cut when leaving Barcelona as a free agent to link up with Paris Saint-Germain in the summer of 2021, but his superstar appeal has ensured that he takes the No.1 spot on Forbes’ run down of the highest-paid athletes on the planet.

The other $55m of Messi’s estimated income was the result of licensing agreements and sponsorship deals with the likes of Socios, Adidas, Budweiser and Pepsi.

Messi moved from Barcelona to Paris Saint-Germain in August.Cristiano Ronaldo rejoined Manchester United from Juventus in the same month.

According to Forbes, Ronaldo – who has more Instagram followers than any other person in the world – also made $55m in “off-field” income in the last year.

Ronaldo has promoted brands including Nike, Herbalife and Clear shampoo.

Neymar was the only other soccer player on Forbes’ top 10 list of the world’s highest-paid athletes, which also featured four basketballers, one tennis legend, an NFL icon and a boxing champion.

Endorsements away from the pitch, alongside a lucrative deal at Parc des Princes, have allowed the seven-time Ballon d’Or winner to pip NBA legend LeBron James to first place on a notable chart that also includes Manchester United frontman Cristiano Ronaldo and PSG forward Neymar.