‘Maybe We Are Considered Jokers:’ Reps Blast Service Chiefs, Others For Not Honouring Invitation 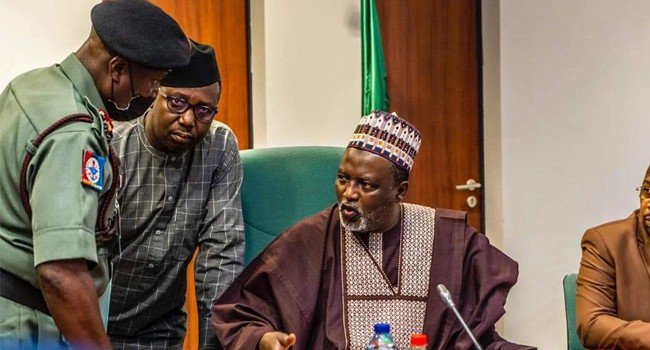 The Nigerian Federal House of Representatives has blasted service chiefs and the ministers of relevant agencies over their failure to honour its invitation.

The lawmakers had summoned the service chiefs and ministers of relevant ministries and agencies to appear before it in conjunction with the chairmen of the committees on aviation, security and intelligence, police affairs, army, airforce, defence, and land transport following the recent attack on the Abuja-Kaduna rail line.

Surprisingly, they sent their representatives, an act that infuriated Wase.

Speaking at the meeting, the Deputy Speaker of the House of Representatives, Idris Wase, who expressed his displeasure said, “We do not have any doubt regarding your capacity and your role. As operational officers, you have the intel in terms of what has to be done, but I’m constrained as the deputy speaker to continue the meeting because the accounting officers are the ones that are supposed to be here while you give them the necessary support.

“I am saying with a heavy heart. No matter the assignment our generals are handling, I believe the parliament requires a listening ear. This is the house of the people. I am not happy expressing my disappointment.

“In all the agencies, none of all the chief executives that were invited came. Maybe we are considered to be jokers, but we are not jokers”, he added.

The deputy speaker, therefore, declined to meet the representatives, insisting that the service chiefs must appear in person to explain the circumstances surrounding the attacks.

The meeting was adjourned to Thursday.