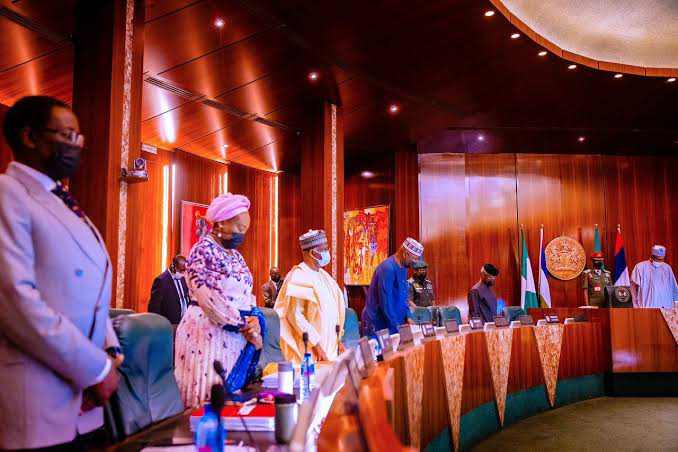 Two ministers who went back on their decisions to contest for gubernatorial and senatorial positions in the 2023 elections are currently participating in the weekly Federal Executive Council meeting, presided over by President Muhammadu Buhari.

Attorney General and Minister of Justice Abubakar Malami is part of those physically attending the meeting ongoing at the council chambers, while Women Affairs Minister, Pauline Tallen, who earlier indicated interest to contest for a senatorial seat in Plateau State, joined in virtually.

President Buhari last week Friday held a valedictory session and bade farewell to the 10 former members FEC at a brief ceremony at the Council.

Malami has reportedly shelved his ambition of vying for the governorship seat of Kebbi State and will remain in the cabinet until 2023.

Minister of Labour and Employment, Chris Ngige, who also made a detour on his presidential ambition, was, however, not part of the meeting during the opening session which members of the media were permitted to witness.

Prior to the commencement of the meeting, Council observed a minute silence in honour of former Minister of communications under Gen. Ibrahim Babangida regime, Olawole Adeniji Ige, who died at 83.

Others are Minister of State for Health, Olorunimbe Mamora, Agric, Mustapha Shehuri and Budget and National Planning, Clem Agba.