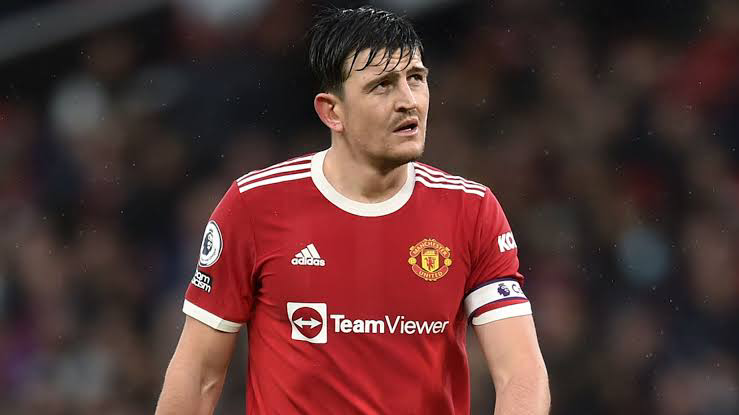 Maguire has put in numerous disappointing performances this season. His poor form coincides with that of the club. They sit sixth in the Premier League with four matches left.

Maguire is one of the players who could lose his starting spot if his form doesn’t pick up at the end of this season and towards the start of the next one.

The England international could feature when United host Chelsea in the league on Thursday evening.

At the pre-match press conference, Rangnick was asked if Maguire should stay as United captain under Ten Hag. He replied (via Metro): “I understand your question, but again I think it doesn’t make sense because you don’t know which kind of players will be here, what the group will look like.

“I can only tell what I have done in the past when I was the head coach or the manager. In Germany it’s called ‘match kapitan’, so the captain of the team.

“I strongly believe that the captain should be elected by the team because he’s called the team manager, and we always did that.

“We always had a board of four or five players, we called it the ‘spielkapitan’, elected by the players. The player with the highest amount of votes was the team captain at the end.

“That’s how I did it, I know that not a lot of head coaches do it that way.”

A reporter told Rangnick that Pep Guardiola uses this method at Manchester City. The German added: “Yeah, so that’s what I would do if I was still the manager next season. But I’m not, so that is something for Erik to decide.”Harry Maguire could lose Manchester United captaincy0 seconds of 2 minutes, 25 seconds

Rangnick will give Ten Hag a list of tips and potential improvements at the end of the campaign.

Should he advise the Dutchman to use this method for selecting a new skipper, and he listens, then Maguire could be replaced in this role over the summer.