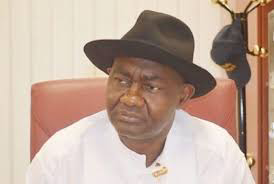 Former representative of Rivers South-East Senatorial District at the National Assembly, Senator Magnus Abe, has dumped the All Progressive Congress in Rivers State.

Abe in a statement signed by his spokesman, Parry Benson, on Wednesday afternoon, however, pledged his continued support to the presidential bid of APC presidential candidate, Bola Tinubu.

The statement quoted Abe as saying, “I have since left the APC in Rivers State, I am still part of Asiwaju Bola Ahmed Tinubu’s family and has no issue with him whatsoever.”