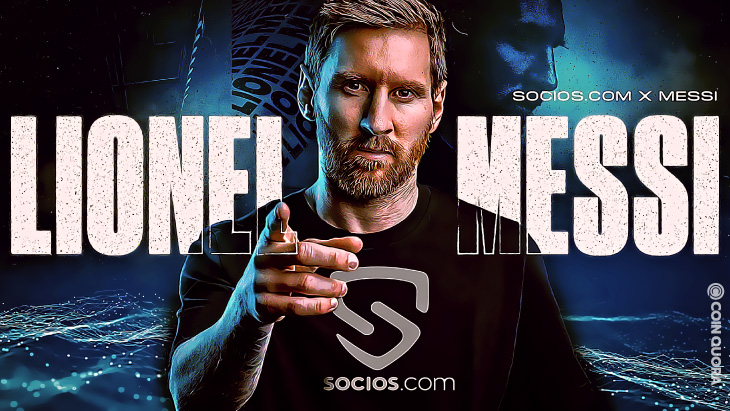 Lionel Messi, considered by many as the most successful footballer ever, is the latest world-known personality to step into the hot field of fan tokens. The PSG megastar has collaborated with the crypto fan token firm – Socios.

Global Ambassador as a New Title for Superstars

The Argentinian forward Lionel Messi has signed a contract worth over $20 million with the digital fan token company Socios.com, reported by Reuter, for representing the company as its global ambassador. However, the three-year deal doesn’t include any forms of cryptocurrency transactions.

Socios’s news release revealed that Messi, whose transfer from Barcelona to Paris St Germain in August included a cryptocurrency payment as a signing bonus, will be “involved in a publicity and promotion campaign for Socios in the build-up to the Qatar World Cup, which will start in November.”

The company, which has partnered up with more than 130 football clubs and leagues for fan tokens, introduced the star as its first global ambassador in a tweet and changed its Twitter Bio to “Lionel Messi Approved.”

Messi said in a statement that he was proud of joining Socios’s mission and helped create a more connected and rewarding future for global fans.

The Rise of Fan Tokens

Sports clubs issue fan tokens, allowing holders (usually fans) to vote over certain listed decisions as dictated by the team. Perceived by many clubs as a new stream of revenue, fan tokens exist as a new way of integrating cryptocurrency with sports.

Despite the growing interest in such assets, Socios has been drawing criticism lately. The company’s relationship with the cryptocurrency project Chiliz (CHZ) caused controversy, as users have to use CHZ tokens in exchange for any fan coin listed on the platform.

Earlier this month, the founder of Socios, Alexandre Dreyfus, was accused of price manipulation, as he failed to pay advisors in CHZ for maintaining the price not plummeting from high selling pressure