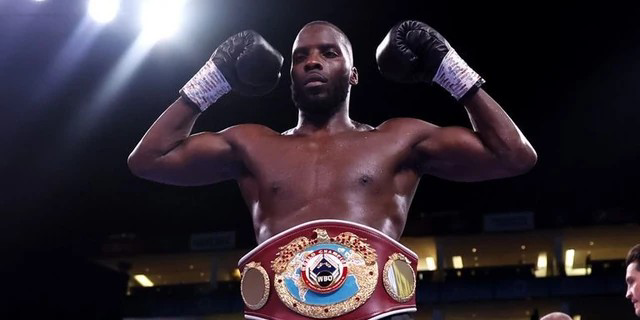 Okolie (18, 14 KOs) raced out of the blocks with a thunderous opening round before sending his opponent to the floor in the fifth. However, Cieslak (21-2, 15 KOs), supported by a large Polish contingent inside the O2 Arena, survived the early onslaught to take the fight to the distance.

Yet Okolie, back in the ring for the first time since he saw off Dilan Prasovic on the undercard of Anthony Joshua’s defeat against Oleksandr Usyk in September, dominated the scoring of a scrappy affair to successfully defend his title for a second time.

“It was quite a flat performance,” Okolie told BBC Radio 5 Live. “My fitness was good but I allowed it to get messy.

“This was one of those days where it was tough, awkward, and the guy was physically strong, but I need to work on the mentality that it doesn’t need to be perfect. I will go back to the gym, go again and make it right the next time.”

“I will probably have one at heavyweight and then come back down [to cruiserweight] for a unification,” Okolie said.

Elsewhere on the card, Galal Yafai won on his professional debut after he stopped Mexican Carlos Vado Bautista (10-5-1, 3 KOs) in the fifth round to win the WBC International title.

The 29-year-old Yafai, who won Olympic flyweight gold for Great Britain at last summer’s Tokyo Olympics, delivered a composed and authoritative display to force his opponent’s corner to throw in the towel.

Campbell Hatton, son of Ricky Hatton, remained unbeaten as he won his sixth professional fight with a sixth-round stoppage of Joe Ducker.