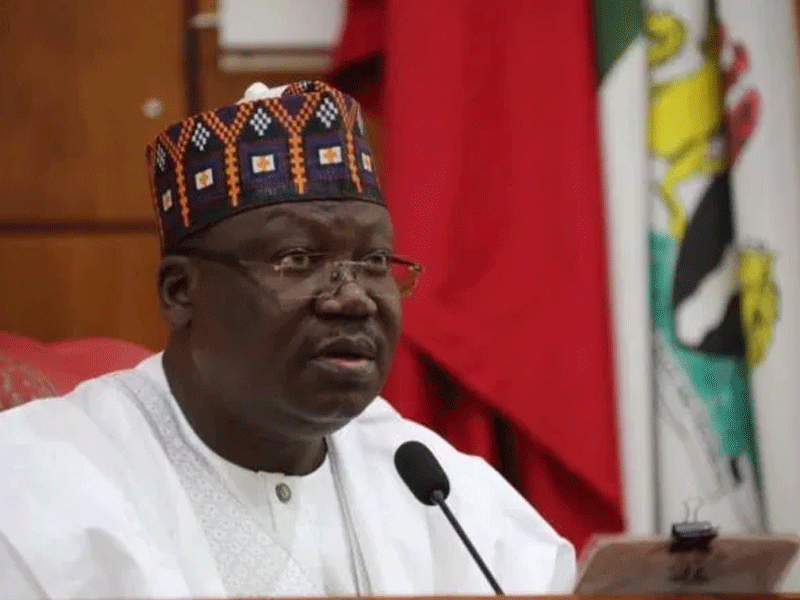 President of the Senate, Dr Ahmad Lawan, has given an assurance that the legislative arm will look into President Muhammadu Buhari’s request for the amendment of the clause in the electoral act which bars political appointees from participating in their parties’ primaries.

Speaking with newsmen at the State House, Abuja Friday after witnessing the signing of the Electoral Bill into law by the President, Lawan said the National Assembly will be willing to consider President Buhari’s request as soon as a Bill to that effect is brought before them.

His words: “You know, this is a legitimate request. And that is why I commend the president. I will commend him for so many things, but let me also qualify it that even though he had a disagreement with the section, especially clause 84(12), that talks about public political office holders, he still went ahead to sign the bill into law and that is to show his commitment and desire to have an electoral law that will ensure that we have better outcomes when we do election.

“So we will look at what is he asking for, I hope that they will send the request for the amendment in good time. Because time is of essence, INEC is waiting. And because we don’t want to spill over some of these dates, unnecessarily. We will be expecting a communication from Mr. President with respect to this. And then the National Assembly in both chambers will look into the request for amendment but on the whole I think this is a wonderful development for this administration, for Nigeria, for the evolution and development and growth of democracy in Nigeria”.

The Senate President said with the Electoral Act in place, the Independent National Electoral Commission (INEC) should hit the ground running and ensure that successful elections are conducted in Osun and Ekiti elections this year and the general elections nationwide in 2023.

His words: “And for INEC, now you have what you need. INEC, you have to produce the best possible electoral exercise, right from probably the Ekiti and Osun offseason elections. And of course, in the 2013 general elections”.

Speaking in the same vein, Speaker of House of Representatives, Hon Femi Gbajabiamila, stressed that if the provisions of the Act were properly managed by INEC it will mark a watershed in the nation’s election history.

According to him: “I believe it’s a landmark piece of legislation, and has far reaching and I mean, far reaching implications of the provisions contained therein. I can count off head at least 10 to 15 provisions in that electoral law, that if properly executed by INEC, and the people who the laws are made for, it will be a turning point in electoral history of Nigeria. And we will witness, not just by mouthing free, fair and credible elections, but we will actually witness free, fair and credible elections moving forward”

PREVIOUS POST Russia moves to block Facebook to ‘protect Russian media’
NEXT POST I Need ammunition, not a ride: Ukraine President Zelenskyy turns down US offer to flee Kyiv