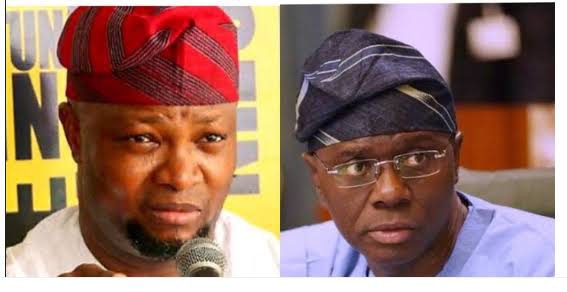 Dr Olajide Adediran, popularly known as Jandor, the gubernatorial candidate of the Peoples Democratic Party (PDP) in Lagos State for the forthcoming 2023 election, has called on Governor Babajide Sanwo-Olu to resign over the “ineptitude” of his administration.

He made this call on Wednesday while reacting to the spate of collapsed buildings which had led to loss of many innocent lives in the state.

Adediran, who stated this through Gbenga Ogunleye, the Head of the Media and Communications of his Jandor4Governor Campaign Organization, also demanded that all suspects involved in the recent seven-storey building under construction which collapsed on Oba Idowu Abiodun Oniru Road, Oniru Estate, Victoria Island area of the state last Sunday must be brought before the court.

He asserted that the problem “seemed to have lingered due to leadership rudderlessness and irresponsibility of relevant authorities,” even as he lamented that the “show of insensitivity and ineptitude on the part of the state government is very disturbing.”

According to the PDP candidate: “It is expected that the governor himself should have resigned instead of the arranged scapegoating of asking his commissioner to quit. He has made several unkempt promises to prevent these disasters and the attendant mourning of avoidable deaths.

“His insensitivity and display of disregard for human lives, by showing up at a social event in faraway United States of America to present an award, while the blood of the victims was still warm is condemnable. Very reprehensible.

“The Building Collapse Prevention Guild (BCPG), an advocacy group of built environment professionals, in 2019 revealed that 36,000 potential collapsed buildings were waiting to happen in Lagos. But this clueless government did nothing to arrest the issue.”
“The recent case of the building collapse in Victoria Island where six people died is one case too many. The death of the victims was preventable. It is a clear case of dereliction of duty and this act is criminal.”