Lagos-Ibadan train stops abruptly after ‘running out of diesel’ 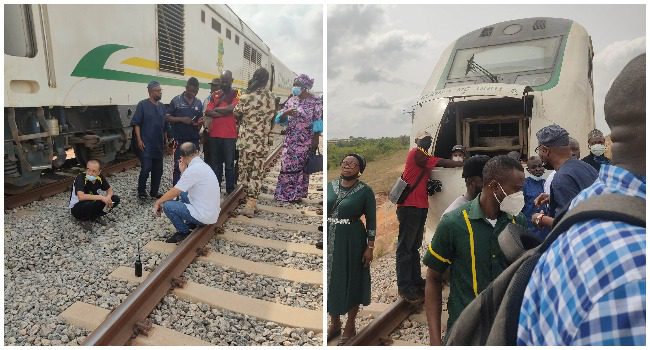 A Lagos-Ibadan train, on Thursday, stopped abruptly after “running out of diesel”.According to a Twitter user, King Isaiah Obadore, who was reportedly on the train, the crew members said the train stopped moving because it had exhausted diesel.

In a trending video, another passenger was seen commenting about the situation while some passengers were seen hanging around the train.

When contacted, Mahmood Yakubu, spokesperson of the Nigerian Railway Corporation (NRC), said he was not aware of the situation.

“I don’t know. I am not aware of it. I’ll find it about it and feed you back,” Yakubu told TheCable on the phone.

On Tuesday, the price of automotive gas oil, also known as diesel, had hit N625 per litre in some fuel stations.

The development is due to scarcity of fuel amid supply disruptions occasioned by the Russia-Ukraine war.