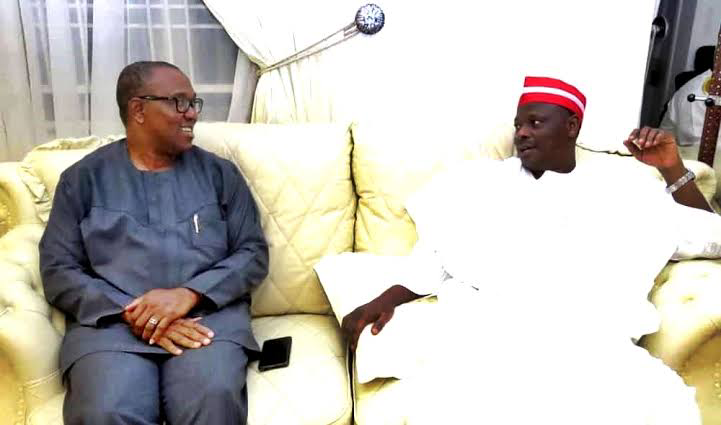 Rabiu Kwankwaso will not be standing as a running mate to Peter Obi, his party NNPP said on Sunday.

The party’s spokesman, in a statement, said Mr Kwankwaso has millions of actual supporters ready to elect him as president of Nigeria, adding promptly that it is an insult to suggest anything different.

“The report is misleading and embarrassing to our great party, its Presidential Candidate, Kwankwaso and millions of real supporters in Nigeria and in the diaspora,” spokesman Major Agbo said at a press briefing in Abuja.

Mr Agbo said there’s an ongoing talks between the NNPP and Labour Party, which has presented Mr Obi as its presidential candidate for 2023.

“As a mass movement, NNPP acknowledged alliance talks with Labour Party that would consolidate and boost the nation’s frail democracy as we collectively strive for a new Nigeria which the party champions,” it said.

“NNPP has never at any time said its esteemed Presidential Candidate Rabiu Musa kwankwaso could accept to be Labour Party, Peter Obi’s deputy,” the spokesman added.

Mr Agbo’s comments came a day after Mr Kwankwaso told the BBC that talks were underway towards making Mr Obi the vice-presidential candidate in a potential alliance.