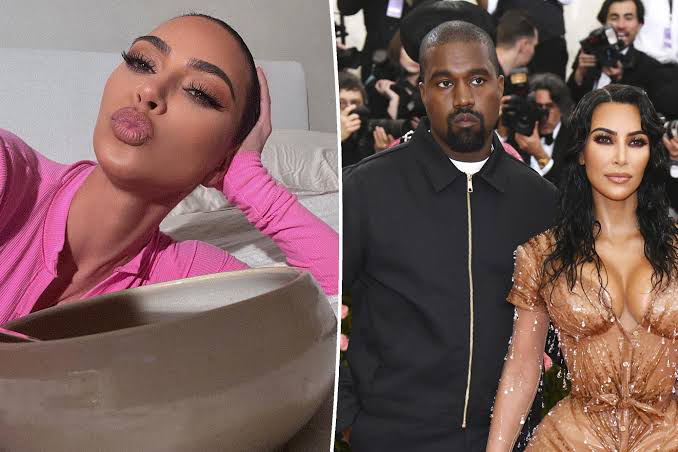 Kim Kardashian removed her married last name, West, from her social media accounts Thursday, just one day after a judge declared her legally single in her divorce from Kanye West.

Part of Kardashian’s petition included a desire to change her name from Kim Kardashian West back to Kim Kardashian, so it’s no surprise the Skims founder made it official across her public profiles.

Although “West” has been scrubbed from social media, she’s still promoting her KKW Fragrance collection in her bio.

Kardashian, 41, hasn’t publicly addressed the results of the hearing or any of her ex-husband’s drama as of late.

Earlier this week, West faced backlash for his new music video for “Eazy” in which kidnapped and buried alive a Claymation version of her beau, Pete Davidson.

Neither Davidson nor Kardashian publicly reacted to the video, but a friend of the “Saturday Night Live” star told Page Six exclusively that it was “really scary.”

“This is, for real, really scary,” the pal said. “Pete doesn’t have a social profile, so most of the time he doesn’t even know what people are saying or doing.”

But the former “Keeping Up With the Kardashians” star appeared to make a subtle statement about the 28-year-old when she “liked” a tweet from filmmaker James Gunn that praised Davidson.

“For the record, Pete Davidson is one of the nicest, sweetest guys I know,” read Gunn’s tweet. “A truly generous, tender & funny spirit, he treats everyone around him with respect.”

Kardashian appeared to defend the “King of Staten Island” star in a series of private texts when West was bashing him on social media.

“U are creating a dangerous and scary environment and someone will hurt Pete and this will all be your fault,” Kardashian allegedly wrote to the hip-hop icon, which he later shared online.

West, who refers to Davidson as “Skete,” replied with a now-deleted post that said, “UPON MY WIFE’S REQUEST PLEASE NOBODY DO ANYTHING PHYSICAL TO SKETE IM GOING TO HANDLE THE SITUATION MYSELF.”