Kenyans in disbelief as ‘Office of First Daughter’ is introduced 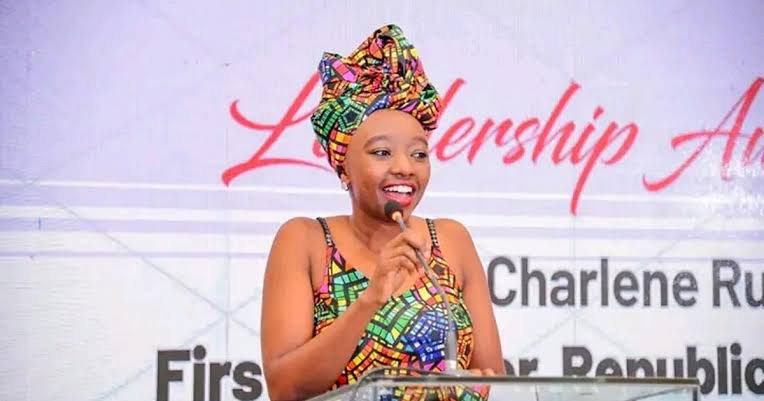 Kenyans online are expressing disbelief over the apparent existence of an office of the first daughter, linked to President William Ruto’s second-born daughter.

In a video being shared widely online, Charlene Ruto is seen speaking to an audience at a summit in Tanzania where she introduces her “team from Kenya” including her adviser and another who is the “head of trade and investments at the office of the first daughter”.

The audience appear to respond loudly with claps and some laughter.

“I don’t get what is funny,” Ms Ruto responds as she attempts to continue with the introductions.

Kenyan law does not provide for an office of the first daughter and there has not been any public announcement of the introduction of such an office.

Kenyans online have been criticising what some see as a misuse of taxpayers’ money.

“Charlene Ruto introducing her team from the office of the first daughter who are paid with taxpayers money despite being an illegal office,”a Kenyan said on twitter

Another asks how the office was established and shares the video

Ms Ruto has been regularly meeting leaders across the country and attending international forums meeting foreign dignitaries since her father became president.

She has been among the most trending topics online on Wednesday.

She has sparked online debates in the past amid her many political engagements – and has been nicknamed Quickmart Ivanka on Twitter, a mockery of her similarities with Ivanka Trump, the daughter of former US president Donald Trump

The development caused an uproar on social media making her name trending on Twitter.

Reacting to the people’s criticisms, she issued a statement on Wednesday that the “Office of the First Daughter” is a private entity.

She clarified that it was not constitutional and assured Kenyans that it is not funded by taxpayers’ money.

“The Office of the First Daughter is a private entity. It is neither a constitutional office nor is it being funded by Kenyan taxpayers. The office runs to purely facilitate the activities of and any programs by Ms Charlene Ruto,” the statement partly read.

She said the office has been engaging different stakeholders as part of its objectives, which include advocating for youth-based agendas and climate change advocacy.

“The Office of the First Daughter has at all times acted in good faith to ensure that the Kenyan Youth have a voice and get access to opportunities to enable sustainable livelihoods,” Charlene added.