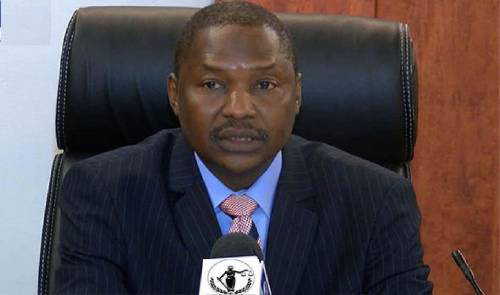 Attorney-General of the Federation, Abubakar Malami (SAN), has continued to defy a court order directing his office to stop placing the Niger Delta Development Commission (NDDC) under any ministry including the Ministry of Niger Delta Affairs.

The agency has been without a substantive board since 2019, allegedly to allow for the Forensic Auditing of the Commission. However, the audit has since been concluded and the Report submitted to President Muhammadu Buhari through Malami, since September 2, 2021.

“That leave is hereby granted to the applicant to seek an order of this Honourable Court directing the respondent to dissolve the current sole administratorship structure used to run the affairs of the Niger Delta Development Commission (NDDC),” the court judgement had read.

“That the applicant is granted leave to seek an order of mandamus directing or compelling the respondent to immediately publish the outcome of the report of the forensic audit of NDDC.

“That leave is granted to the applicant to seek an order of mandamus directing and compelling the respondent to account for all monies that have accrued to the NDDC from the inception of the Interim or acting management beginning from. Prof. Nelson Brambaifa till date.”

However, SaharaReporters gathered that Malami and the Minister of Nigerian Delta Affairs, Godswill Akpabia have been flouting the order weeks after the court ruling.

“Akpabio and Malami are working together to disobey the court order,” a source said.

“Remember how a judge in Abuja kept adjourning the other case. He eventually stepped down the case and returned the case file to the CJ then, a court order was gotten in Bayelsa, served on Malami but he refused to obey it.”