Joe and Jill Biden to host granddaughter’s wedding reception at White House, the first since 2008 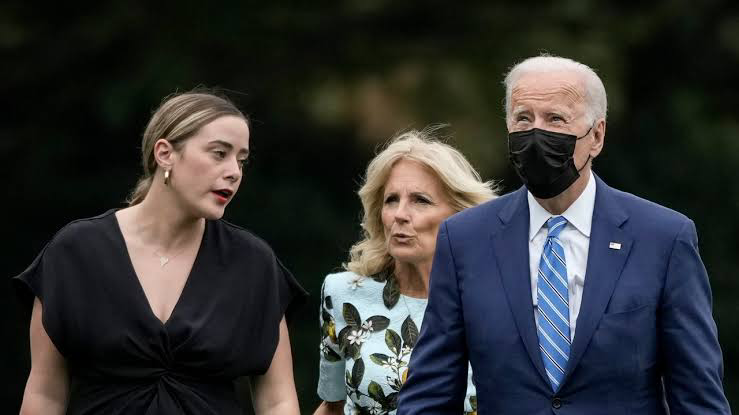 The White House will be hosting an extra special celebration.President Joe Biden and First Lady Jill Biden’s granddaughter, Naomi Biden, shared that she and fiancé Peter Neal will be celebrating their wedding at the historic site.

“Peter and I are endlessly grateful to my Nana and Pop for the opportunity to celebrate our wedding at the White House,” Naomi, 28, tweeted on Monday. “We can’t wait to make our commitment to one another official and for what lies ahead.”

In a statement to NBC News, Michael LaRosa, spokesman for the first lady, confirmed that the couple and families are still in the early planning stages of the event.

“The First Family, the couple, and their parents are still in the planning stages of all of the wedding festivities and look forward to announcing further details in the coming months,” LaRosa said in a statement. “Consistent with other private events hosted by the First Family and following the traditions of previous White House wedding festivities in prior Administrations, the Biden family will be paying for the wedding activities that occur at the White House.”

Naomi and Peter got engaged in September 2021. They announced their news by posting a selfie on their Instagram pages, with Naomi’s engagement ring in view.

According to presidential historian Doug Wead, in an excerpt from his 2008 book “All the Presidents’ Children,” nine presidential children have married in White House ceremonies. The last one was Tricia Nixon’s June 12, 1971, nuptials.

In January 2021, Jenna sat down with Naomi, Biden’s daughter Ashley and his grandchildren Finnegan, Maisy and Natalie. The family spoke about their close bond with the commander-in-chief.

“That’s something that I feel like some people don’t believe when we say that he literally calls, not just, like, one of us every few days,” Maisy said. “He calls me, then calls Naomi, then he calls Finn, then he calls Natalie, then he calls Ashley, and then he calls little Hunter.”

At the time, Naomi also shared that she was happy her grandparents were moving into the White House.

“I’m really excited that they’ll be just a few miles away from my apartment, so I can go steal some free food from the kitchen,” she said with a laugh.