Jennifer Lopez says she and Ben Affleck are engaged (again) 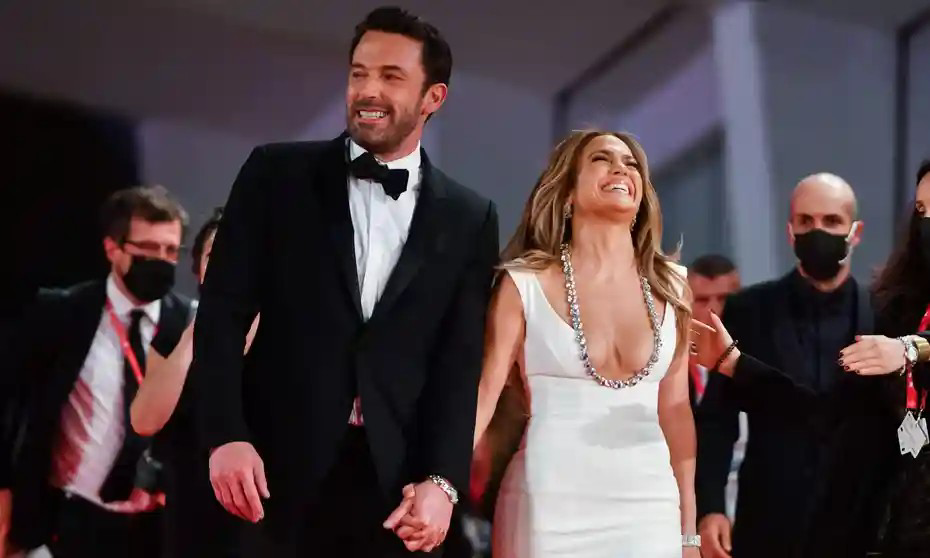 Jennifer Lopez has announced her engagement to actor Ben Affleck – 19 years after the couple first called off their wedding.

The singer and actor, 52, shared the news with fans via her OnTheJLo newsletter. In the email, she posted a video of herself admiring a large green-stoned engagement ring on her finger.

The clip then pans up to her face, and shows her appearing to wipe away tears, before she says: “You’re perfect.”

Lopez trailed the “major announcement” via her Twitter and Instagram accounts, where she encouraged followers to register for her newsletter.

The news comes a year after the pair publicly rekindled the romance after almost two decades apart.

Lopez and Affleck started dating in July 2002, and announced their engagement in November that year. The couple were to be married the following September but postponed the wedding days before the ceremony. In January 2004, they called the engagement off and separated.

“Ben and I split up at the moment when I thought we were committing to each other forever, it was my first real heartbreak, it felt like my heart had been torn out of my chest,” Lopez wrote in Page Six in 2014.

Just three days after her cancelled wedding, Lopez began dating the American singer Marc Anthony. She married him in June 2004.

She confirmed she was back together with Affleck in on Instagram after her 52nd birthday, when she shared a photograph of herself kissing the actor onboard a private yacht.Advertisement

“You never could imagine something like that could happen,” Lopez told Ellen DeGeneres about the relationship. “It’s a beautiful thing.”

Affleck was previously married to the actor Jennifer Garner, with whom he had three children – Violet, 16, Seraphina, 13, and Samuel, 10. They divorced in 2018 after 13 years of marriage.

Affleck remains guarded over public comments about his personal life, telling the Wall Street Journal in December: “One of the harder lessons that I have learned is that it’s not wise to share everything with the world.

“There are some things which are private and intimate and have meaning in terms of their intimacy by dint of the fact that they’re not shared with the rest of the world.”