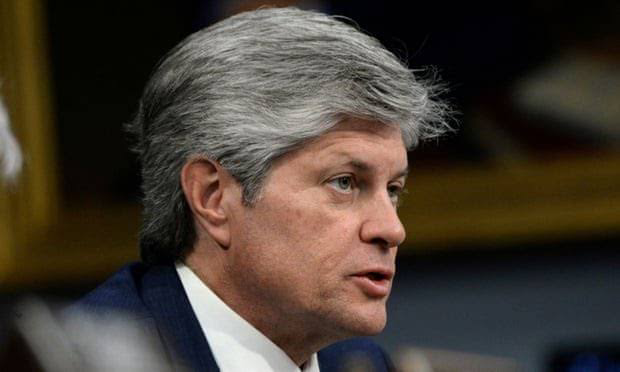 Rep. Jeff Fortenberry of Nebraska announced he will resign from Congress after being found guilty of lying to the FBI about an illegal contribution to his campaign in 2016 from a Nigerian billionaire.

“Due to the difficulties of my current circumstances, I can no longer effectively serve,” the Republican said in a letter to supporters on Saturday. He said he would resign effective March 31.

Fortenberry’s resignation letter started with a poem called “Do It Anyway,” associated with Catholic Mother Teresa, who was made a saint in 2016.

“What you spend years building, someone could destroy overnight. Build anyway,” says one line of the poem, per ABC.

Being a foreign national, Chagoury is prevented by law from donating to US elections.

During the trial, both prosecution and defense focused on a 2018 phone call between Fortenberry and Dr. Elias Ayoub, who was the co-host of the 2016 fundraiser where the congressman received the donation, AP reported.

Ayoub, who was cooperating with the FBI, secretly recorded the 10-minute call and told Fortenberry that he had distributed $30,000 to third-party “straw donors” to donate to Fortenberry’s campaign.

During the call, Ayoub told Fortenberry that the money had probably come from foreign billionaire Chagoury.

In 2019, Gilbert Chagoury admitted to funneling approximately $180,000 in illegal campaign contributions to four different federal political candidates in the US and paid a $1.8 million fine.

The three men involved in the alleged scheme to funnel the money to Fortenberry were all of Lebanese descent and had links to In Defense of Christians, a nonprofit Fortenberry supported that aims to fight religious persecution in the Middle East, AP said.

Fortenberry’s attorneys argued that he wasn’t aware of the contribution from Chagoury, and that FBI agents had set him up by directing Ayoub to tell him about it, AP reported.

Agents interviewed Fortenberry a year after the initial phone call and indicted him after he failed to recall the details from the earlier conversation, his attorneys said.

Speaking outside the courthouse, the congressman said the process had been unfair and that he plans to appeal immediately, according to AP.Advertisement

Assistant U.S. Attorney Mack Jenkins said that there was plenty of evidence against Fortenberry, which was evidenced by the jury’s swift verdict after deliberating for about two hours.

“The lies in this case threatened the integrity of the American electoral system and were designed to prevent investigators from learning the true source of campaign funds,” United States Attorney Tracy L. Wilkison said in a statement.

The congressman is scheduled to be sentenced on June 28, and each count carries a potential five-year prison sentence, AP said.

Fortenberry’s attorney did not immediately respond to Insider’s request for comment.