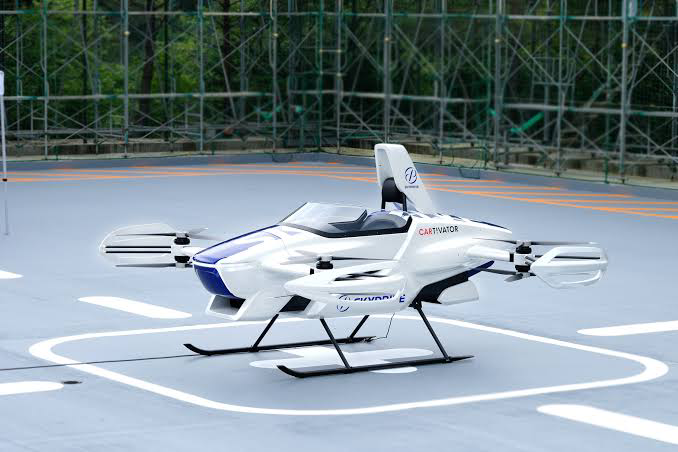 Not too long ago, heads were turned by the world’s smallest eVTOL, a one-seater that measured only 4 x 4 x 2 meters (13 x 13 x 6.5 feet). It could only sustain a ten-minute flight, but it was a pretty fast little thing, hitting 30 mph (50 kph). SkyDrive used the knowledge it gained from developing the SD-03 to come up with a flying car that would be fully certified to operate as an air taxi.

The SD-05 boasts not only a futuristic look but also eight propellers that can take it to more than 60 mph (100 kph). With a take-off weight of over 1,000 lb (500 kg) and a flight time that’s longer than 30 minutes, this two-seater has the potential to operate as an air taxi.

The Japanese manufacturer seems to be on the right track. Earlier this year, it announced that Suzuki will be giving it a helping hand in developing the future flying car’s technology. Another recent milestone is that it had reached an agreement with the Japan Civil Aviation Bureau (JCAB) of the Ministry of Land, Infrastructure, Transport and Tourism (MLIT) for the base type certification.

As we know, the certification road for eVTOLs is long and difficult. SkyDrive applied for it last year. The JCAB Airworthiness Inspection Manual (AIM) Part II (Revision 61) offers a new version of the Manual, which “allows flexibility in the shape of the air frame and aircraft system.” That’s good news for any flying car. The goal is to make sure that the SD-05 is safe to operate since it “has no precedent.”

The next step is to start production of the flying car for flight demonstrations. It will take a couple of years to get the certification, but SkyDrive believes that it will kick off air taxi services as soon as 2025.