Jada Pinkett takes back defence of Will Smith: He was the one who overreacted 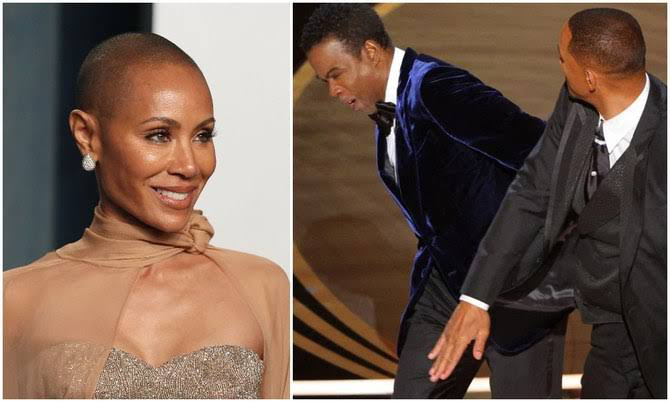 It was a slap that shook the Oscars, and was the highlight of many a Twitter thread and dinner table.

Megastar and best actor winner Will Smith stood up and strolled across the stage to slap host and comedian Chris Rock across the face for making a joke about his wife’s alopecia — comparing her to GI Jane.

“Get my wife’s name out of your f***ing mouth,” bellowed Smith after he took his seat.

Reactions, as expected, were mixed. Many praised the King Richard star for defending his wife, who was struggling with a disease that brings about hair loss, while others criticized him for taking a joke too personally and setting a precedent that could lead to the harming of other comedians.

Out of all people, Smith’s wife, Jada Pinkett-Smith, broke her silence through an insider source of the UK’s Daily Mail, and said that she “doesn’t need protecting.”

The insider also said that Smith’s wife wishes he “didn’t get physical.”

Smith has since apologized, both during and after his award speech. He also resigned from the Academy