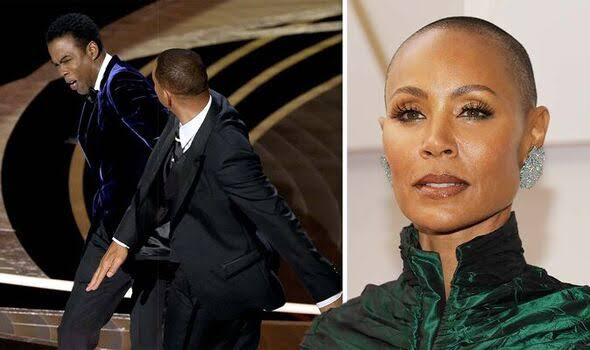 According to the Daily Mail, an insider source has said that Pinkett Smith never wanted her husband to “get physical” with Chris Rock. The report adds that Pinkett Smith isn’t “angry with” Smith and the two have mutually agreed that he overreacted.

The joke in question was when Rock compared Pinkett Smith to Demi Moore’s bald character “G.I. Jane.” Pinkett Smith suffers from alopecia and shaved her head last summer. That prompted a fiery response from Smith, who after slapping Rock, returned to his seat and was still heated.

“Keep my wife’s name out of your f–king mouth!” Smith said twice.

While the King Richard star later apologized for his actions, he recently announced his resignation from the Academy of Motion Picture Arts and Sciences. This means that Smith, 53, will no longer be allowed to vote for the Oscars or attend special Academy events in the future.

“I am resigning from membership in the Academy of Motion Picture Arts and Sciences, and will accept any further consequences the Board deems appropriate,” Smith wrote in a statement. “Change takes time and I am committed to doing the work to ensure that I never again allow violence to overtake reason.”

PREVIOUS POST US, UK, Australia team up on hypersonic weapons with eye on Russia and China
NEXT POST COVID-19: FG Lifts Midnight Curfew, Crowd Restriction At Weddings, Concerts, Others