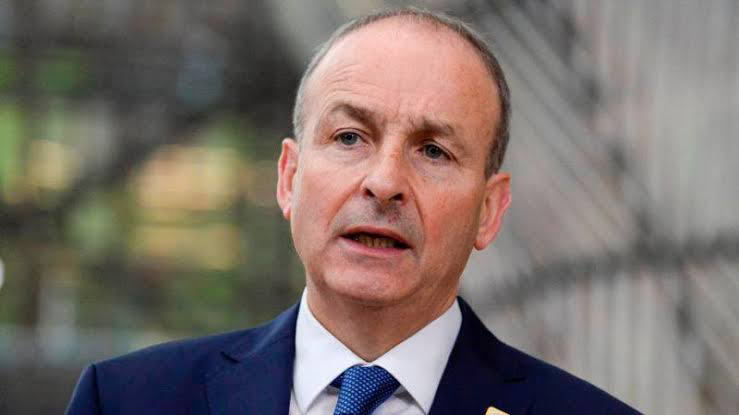 Martin had been at an Irish gala event on Wednesday night, held at the National Building Museum in Washington. Biden spoke at the event, but a White House official said the president did not have close contact with Martin while there.

CBS News correspondent Margaret Brennan, who was at the event, tweeted that Ireland’s ambassador to the United States, Dan Mulhall, announced to the crowd that Martin had tested positive and had to leave the event.

“Yes he received a positive PCR test this evening. He tested negative earlier in day, and on Sunday before travel,” the prime minister’s spokesperson told Reuters in Dublin.

Biden prizes highly his Irish roots and spoke of strong U.S.-Ireland ties when he addressed the event.

Martin had been scheduled to appear with Biden on Thursday for the traditional St. Patrick’s Day ceremonies at the White House and on Capitol Hill.

He was scheduled to meet Biden in the Oval Office in the morning, attend a luncheon at the Capitol hosted by Pelosi, then participate in a shamrock presentation at the White House later in the day.

The White House did not immediately say how Thursday’s events would be changed as a result of Martin’s positive test.

The Martin diagnosis came a day after it was announced that Douglas Emhoff, husband of Vice President Kamala Harris, tested positive. Harris, who tested negative, had to cancel a breakfast event she was to have with Martin