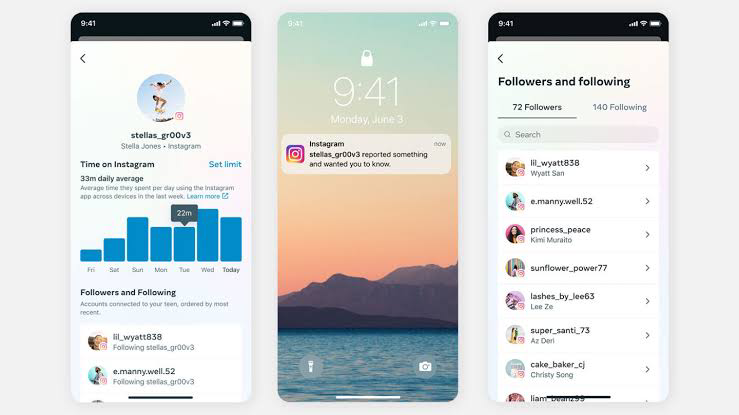 Instagram is rolling out new tools that parents can use to help monitor and limit their kids’ usage of the photo-sharing app,months after disclosures from a Facebook whistleblower raised concerns about the platform’s impact on younger users.

The tools, releasedWednesday, offer parents the ability to see how much time their kids spend on Instagram and to set limits on their use as well as visibility into the accounts they follow or are followed by. The options are currently available for parents in the United States, with plans to roll out globally in the coming months.

The new options were previouslyannounced in a blog post from Instagram head Adam Mosseri late last year, along with some features that were rolled out at that time aimed directly at teenage users, such as one encouraging users to take a break from the app after a predetermined amount of time.

Last year, Facebook whistleblower Frances Haugen leaked hundreds of internal documents, includingsome thatshowed the company was aware of the ways Instagram can damage mental health and body image, particularly among teenage girls.Lawmakers grilled executives from Facebook and Instagram in hearings on these and other details from the documents, and Instagram paused a plan to release a version of Instagram for kids under age 13.

In a blog post on Wednesday, Mosseri wrote that the new tools alsoinclude the ability for parents and guardians to get a notification when their teenager shares that they have reported a person within the app. In the coming months parents will be able to do things such as determine specific hours of the day that the teenager can use the app.

For now, Mosseri wrote, teenagers will have to initiatethe supervision process for Instagram on their smartphone or tablet. Adults will be able to request supervision of their teenager’saccount via the mobile app or website starting in June, though teenagers will still have to okay the request before it is granted.

The tools are part of an online “Family Center” that Instagram’s parent company, Meta, is building with the aim of eventually having one place where parents can supervise how their children use Meta’s various apps and technologies.

New parental controls are coming to Meta’s virtual-reality headsets and platform, too. In a post on the Oculus blog, the company said parents will soon be able to lock access to apps that they don’t want their kids to use (a special unlock pattern will be required to open the app). In the next few months, parents will also be able to see via the Oculus app the amount of time their teenager is using VR.

Like Facebook and Instagram, the Quest headsets are intended for users 13 and older, but the relative newness of the medium as a popular technology — which many parents and kids are just starting to navigate — means established parental controls can be lacking or hard to find.