INEC to hold ‘extraordinary’ meeting on Saturday on 2023 elections guidelines 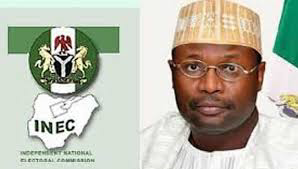 The Independent National Electoral Commission (INEC) says it will hold a meeting on Saturday over the implementation of the electoral bill 2022.

Buhari had initially rejected the bill after the national assembly made direct primary compulsory for political parties in the country.

The president said the provision “violates the spirit of democracy”.

Consequently, the senate and house of representatives reworked the bill to provide for indirect and direct primary, as well as consensus candidates.

In a statement issued by Festus Okoye, national commissioner and chairman, information and voter education committee, INEC said the signing of the bill is historic.

“It contains many progressive provisions that will facilitate the conduct of free, fair and credible elections in Nigeria,” the statement reads.

INEC said given the tight timelines contained in the new law, it fully appreciates the importance of proceeding with their implementation in earnest.

“Consequently, an extraordinary meeting of the Commission is scheduled for tomorrow Saturday 26th February 2022. Thereafter, a statement will be issued on the way forward,” the statement reads.

In the newly signed electoral bill, parties are now at liberty to use indirect, direct primary, as well as the consensus option to elect their candidates for any election that will be organised by INEC.

PREVIOUS POST Elon Musk is out of the $200 billion club as his wealth dipped below $200 billion for the first time in 4 months
NEXT POST Electoral Bill: Buhari asks National Assembly to delete Section 84 (12)