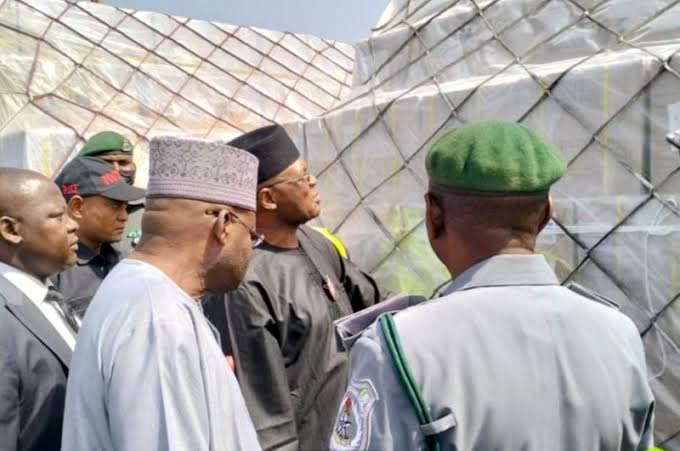 According to a statement Wednesday signed by Festus Okoye, National Commissioner and Chairman, Information and Voter Education Committee, the INEC Chairman Professor Mahmood Yakubu as well as some top officials of the Commission were at the Nnamdi Azikiwe International Airport, Abuja, to receive the BVAS consignment.

Okoye said, “In furtherance of the preparations for the 2023 General Election, the Commission, yesterday, 3rd January 2023, received the last consignment of the Bimodal Voter Accreditation (BVAS) machines with 52 days to the election.

Explaining further, Okoye said, “To facilitate the smooth delivery of the machines, the Commission created four airport hubs in Abuja, Kano, Lagos, and Port Harcourt. Over the last four months, several flights delivered the BVAS to the designated airports for movement to States of the federation ahead of the elections. With the arrival of the last flight in Abuja yesterday, the Commission has now taken delivery of the required number of the BVAS for all the polling units in the country and extra machines in line with our contingency provisions for all critical election materials.”

He concluded by saying, “The Commission appreciates the support of all Nigerians in its determination to conduct free, fair, credible, transparent, and inclusive 2023 General Election facilitated by the deployment of technology.”