In the pursuit of converting his mansion into the perfect bachelor pad, Bill Gates has annoyed the neighbors of his $43 million San Diego house who have branded the Microsoft founder a ‘nuisance’. 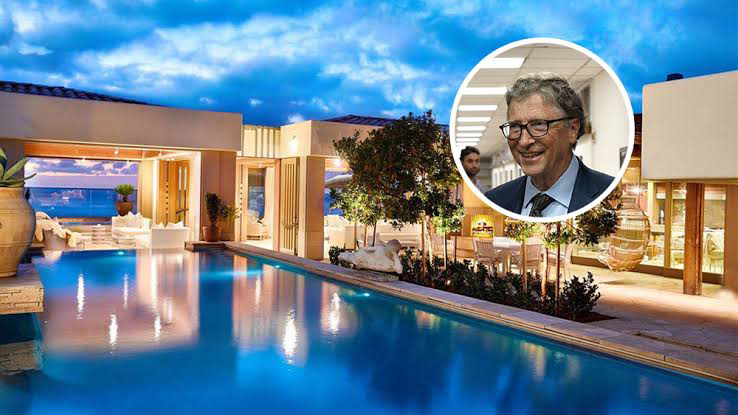 Suppose neighbors could divorce, then Bill Gates San Diego neighbors wouldn’t bat an eyelid before splitting from him. Even before the centibillionaire has moved into his sprawling 5,800 square foot oceanfront mansion in San Diego, his neighbors have branded him a ‘nuisance.’ The Microsoft founder is building this perfect $43 million six-bedroom, 3.5 bathroom palace from scratch. Gate’s tore down the pad that came complete with a glass tile pool, fire pit, and sweeping views of the Pacific Ocean to rebuild it per his preferences.

But this fresh start costs his neighbors their peace of mind and Bill Gates- his reputation! ‘It’s been a nuisance,’ a neighbor told the Post. “They make a lot of noise, my baby can’t sleep,” another neighbor explained. “It’s become a real hindrance on the whole neighborhood.” The 66-year-old tycoon bought the property with then-wife Melinda Gates. He now intends to use it as his bachelor pad and closely overlooks its progress. The tycoon has already stopped by twice in the last few months with his two bulletproof suburban security details to check on the project.

Astonishingly, he managed this feat as according to local officials getting permission to build in the area in the first place is a significant difficulty. But then he is Mr. Bill Gates, and that’s not your ordinary next-door neighbor. “When he comes, he checks the house, walks out in the front, inspects it,” one insider said. He added, “They are working around the clock to get it done.” There is tight round-the-clock security at the house that looks nowhere near completion. It seems like the neighbors will have a lot to complain about in the days to come. Tea with Melinda, anyone?

1 thought on “In the pursuit of converting his mansion into the perfect bachelor pad, Bill Gates has annoyed the neighbors of his $43 million San Diego house who have branded the Microsoft founder a ‘nuisance’.”