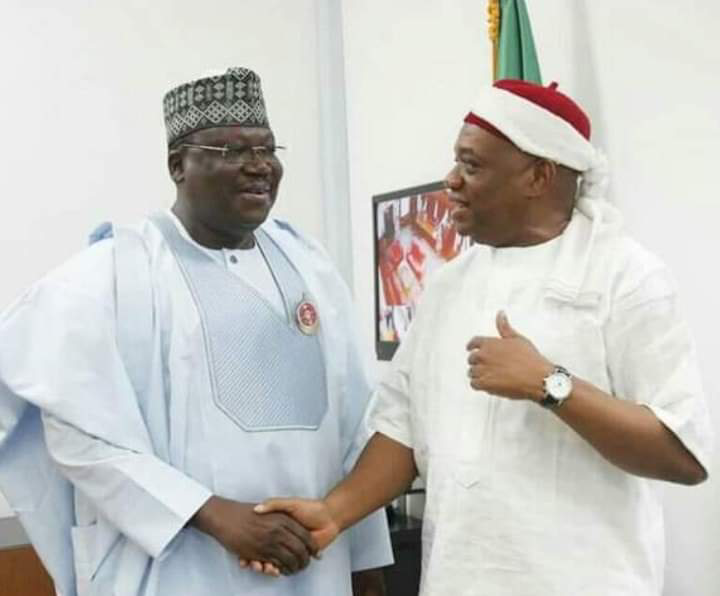 In a statement released on Sunday, Kalu said that Atiku’s victory in the PDP presidential primary signified that Nigerians had grasped his political calculations for 2023.

He argued that because Abubakar is from the North East geopolitical zone, the APC should also choose a North Easterner for the ticket.

He stated, “I congratulations the PDP for electing a North Easterner her presidential candidate. Nigerians must have seen what I saw yesterday . For our party the APC, it is no longer feasible to talk about Southern candidates except the APC want to go on political retirement.

“I urge the National Chairman of the party and the entire NWC to stamp their feet and zone APC presidential ticket to the North East.

“President Muhammad Buhari has a right to choose his successor and I call on him to pick Senator Ahmad Lawan as his successor.

“In every democratic setting, presidents and Governors support and pick their successors. I call on President Buhari to pick a successor from the North East and that will be the equity the South East needs. With the North East , the cycle will be closest to completion of regions producing the president of Nigeria.

“By now all APC aspirants should drop their ambition and support a North Easterner. Senator Ahmad Lawan is the destination.

Two weeks ago during an interview on Channels TV, Kalu had noted that it was only fair for the North-East to produce the next President due to the lack of unity amongst Southern stakeholders.

“Since our southern brothers refuse to leave it to the South-East, if it is not South-East then it should be North-East. The South-West and South-South are not fair.

“If we have to do anything rational, Ahmed Lawal will have my vote because he is from the North-East. Anything except South-East, it should go back to the North. We are wiser now. This is the position of most Igbos. If they vote it back to the South-East, I’ll reactivate my aspiration,” he said.