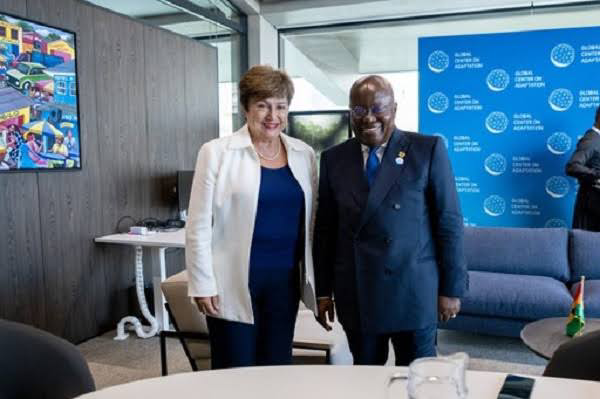 The Ghanaian government said it is taking steps to protect investors’ earnings as it continues to work towards finalising a $3 billion loan deal with the International Monetary Fund (IMF).

President Nana Akufo-Addo, who disclosed this on Sunday in Accra, said part of the ongoing negotiations with the IMF is to rule out possible losses for bond investors.

He chastised speculators who have claimed that investors would lose their money due to the impending deal with the IMF.

Investors have no course for alarm: According to President Akufo-Ado, the unfounded claims by currency speculators have resulted in increased cedi sell-offs. But he assured Ghanaians that there is no need to panic. He said:

Ghana’s negotiations with IMF:  Nairametrics gathered that an IMF team would visit Ghana in the coming weeks to continue negotiations with Ghanaian authorities for the impending three-year loan programme. Ghana must agree to take corrective action, including restructuring its liabilities, before it can qualify for the IMF loan.

In a statement released earlier today, Ghana’s Finance Ministry said that the government and the IMF are committed to reaching an agreement on a framework and policies for an IMF-backed program “as soon as practicable.”

The cedi has depreciated by 56% against the dollar this year, making it the worst-performing currency in the world. This depreciation results from foreign investors leaving the country due to worries about the sustainability of the nation’s debt. As a result, inflation has picked up speed. Before the statistics office changed how it measures price growth, inflation rose for 15 consecutive months.

To control price growth, strengthen the currency, and entice investors back, the central bank raised its benchmark lending rate this year by 10 percentage points to 24.5%. For traders, this has resulted in higher borrowing costs